The other day I rushed out of my place, grabbed the Konica Hexar AF for the AF and the ‘ease of use’, took a roll of HP5+ and thought that this would serve my intend. I set the ISO to 800 with the believe that HP5+ pushes with some ‘grace’.  I developed the film in Kodak HC110, dilution B, 21C for 7min.

When I looked at the finished film, I realized that it might have been a roll that expired long ago. I checked the canister and it gave an experation date of 1993. Damn, that thing has been expired for 24 years and I treated it as just coming out of the factory. 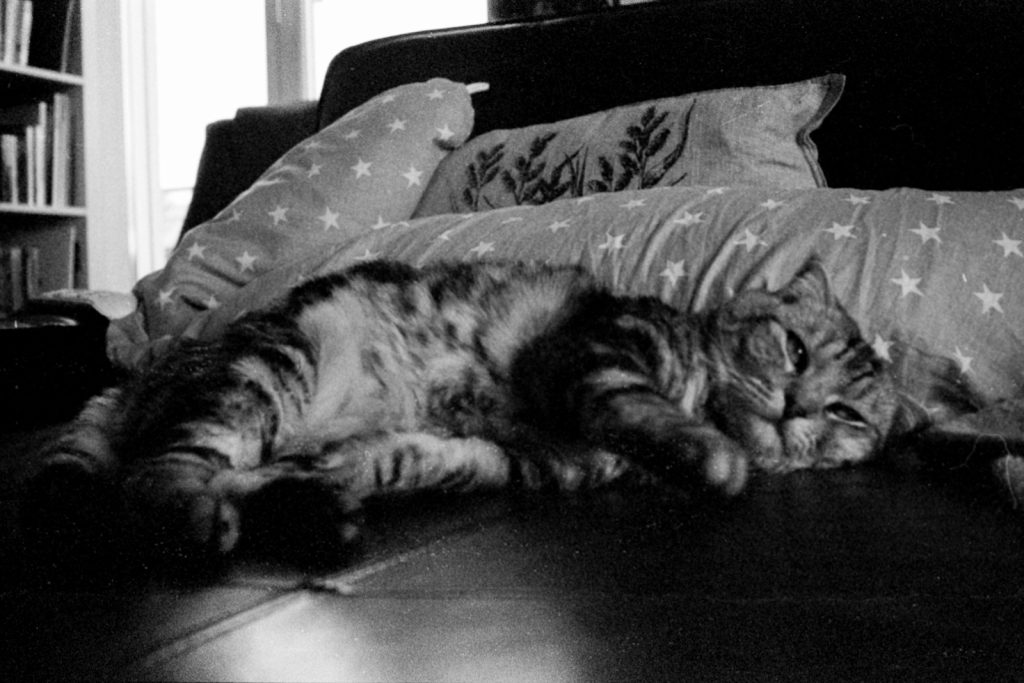 What do the years of unknown storage conditions do to a roll of HP5+? First thing I noticed is the totally foggy film base which really doesn’t help the details in the shadows: they are pretty much gone. In the lights you can still find quite some separation and the scan gets this perculiar semi high contrast look of having separation up to the middle of the tonal scale and falling off right after. Some time ago I observed the same with expired UP400 by Maco. The emulsion is apparaently the same as HP5+. So no surprises here. 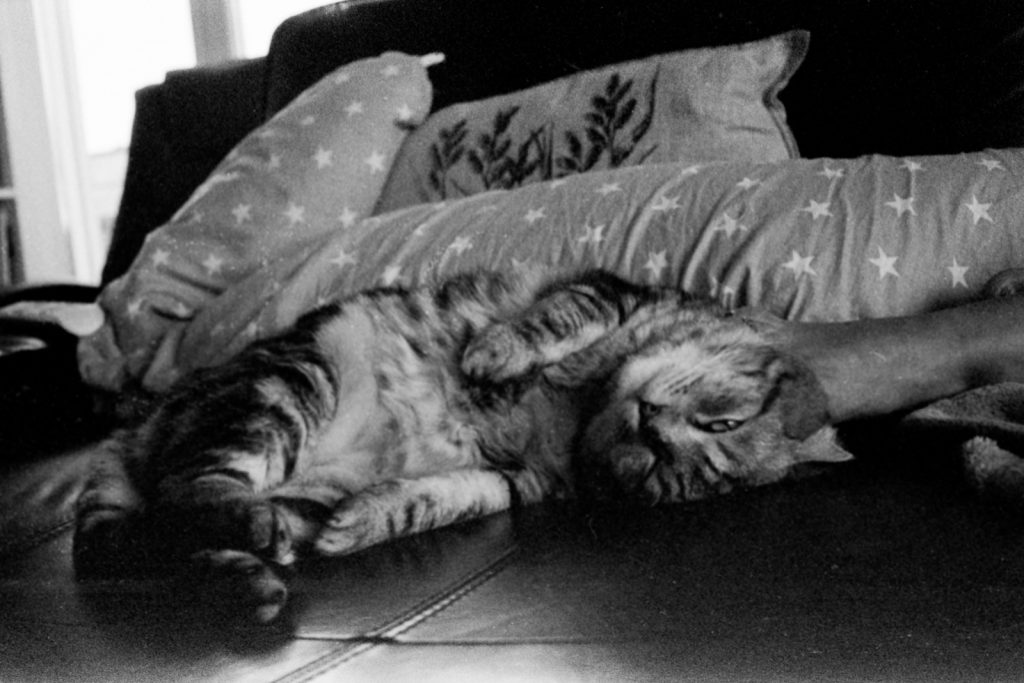 What I should have done knowing about the film being expired is to rate the film at ISO 100 or 200 and do a semistand development with 1g of potassium bromide added to avoid extensive fogging. However, it’s obviously too late now. I can try the 2nd roll I still keep in the fridge. Or, I might just get rid of it. Sometimes, if the results look like this, using expired film isn’t fun at all.

My cat Maya served as the model of the example images posted here. The rest of the film is far from usable. Images I imagined to be quite well composed were extremely underexposed.