I have a lot of images and still some memories to write down. I’ll split up the places further and add another entry with just faces. Should this be the first post you’re reading, check the others as well:

The fort was built as retreat overlooking the city of Jaipur. The guards are happy to show you around and explain a couple of things for one hundred rupees. The living rooms of the maharajah are on the one side of the palace while the seven of the eight wives lived along the several hallways leading to the opposite side of the palace where the maharajah’s favorite wife recited. 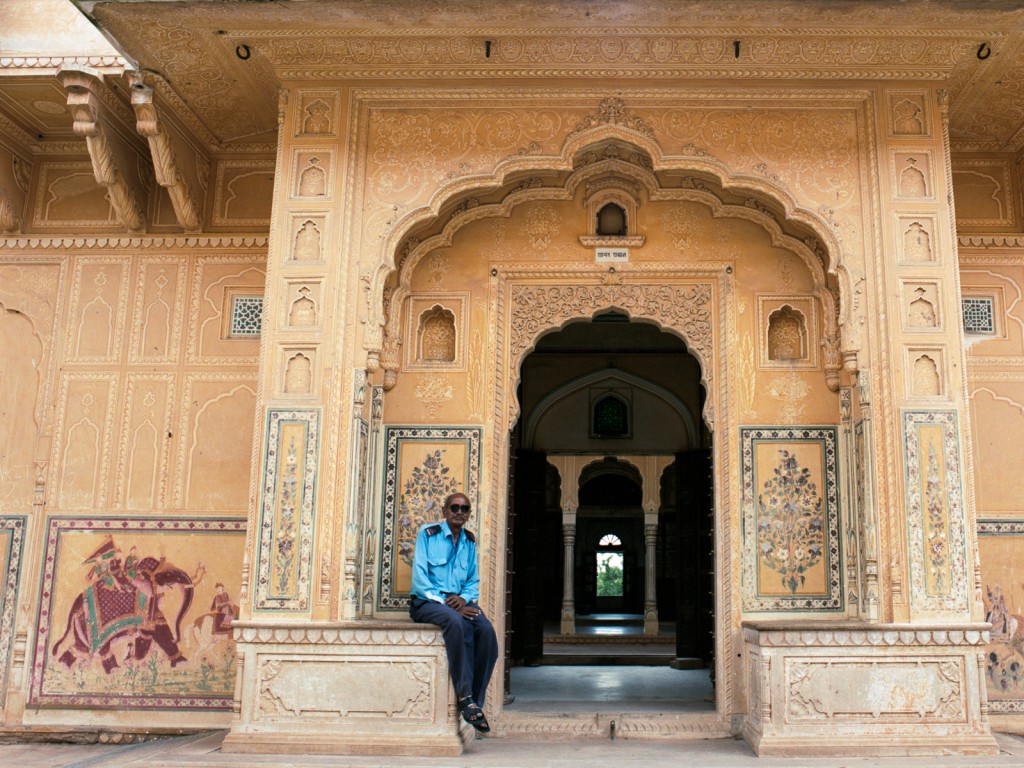 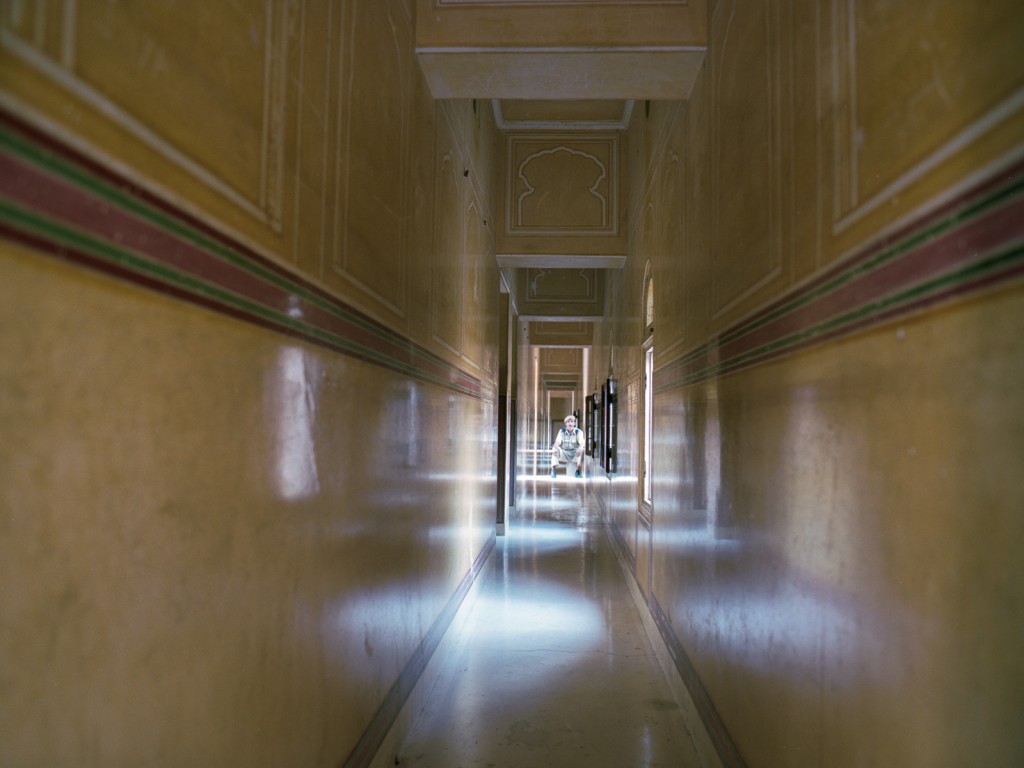 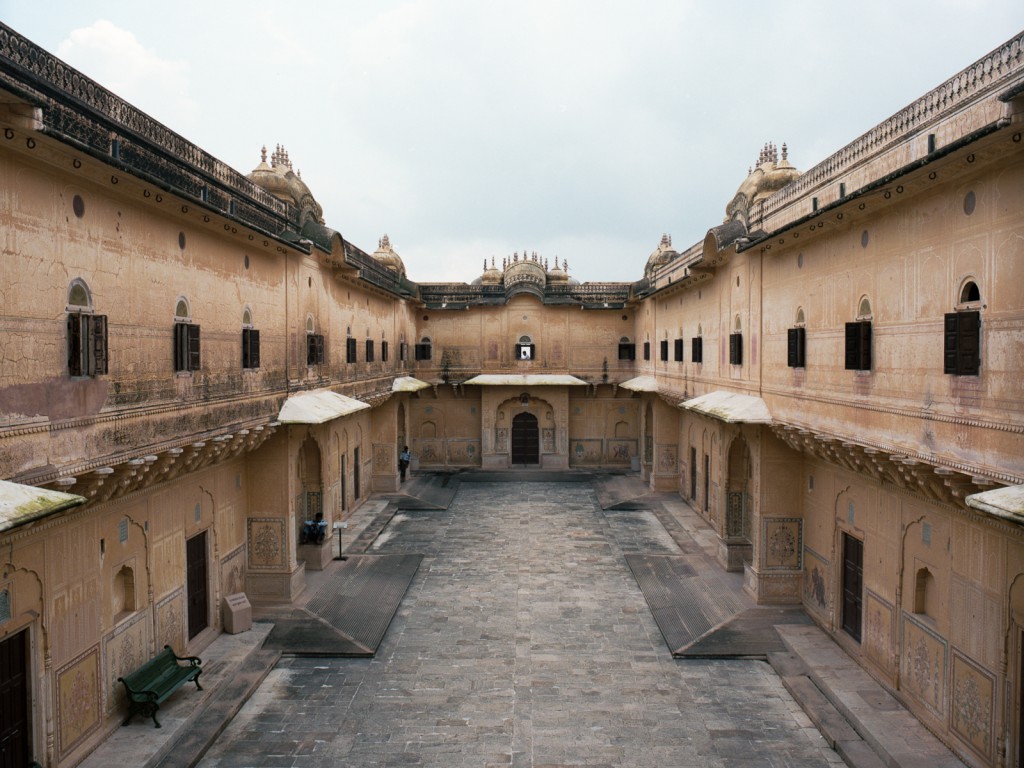 Jaipur is the biggest city of Rajasthan and it seems the bigger the cities become the messier they are. I started my trip in smaller places enjoying them more. I would the people made the biggest difference which were much less daring in the smaller places. I liked the area behind the city palace. It was a bit quieter and without the busy stores of the main streets. I’m not going to show you the Hawa Mahal (palace of winds). I know it’s the most photographed building in entire India. And yes, I took some pictures of it as well. I’m just not going to post it here. 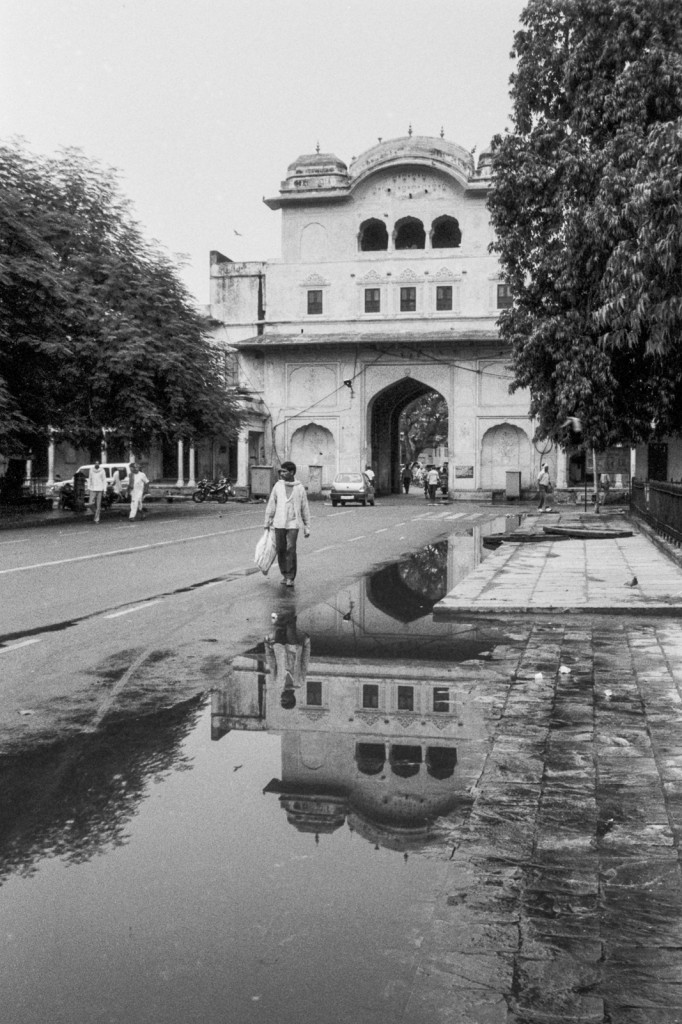 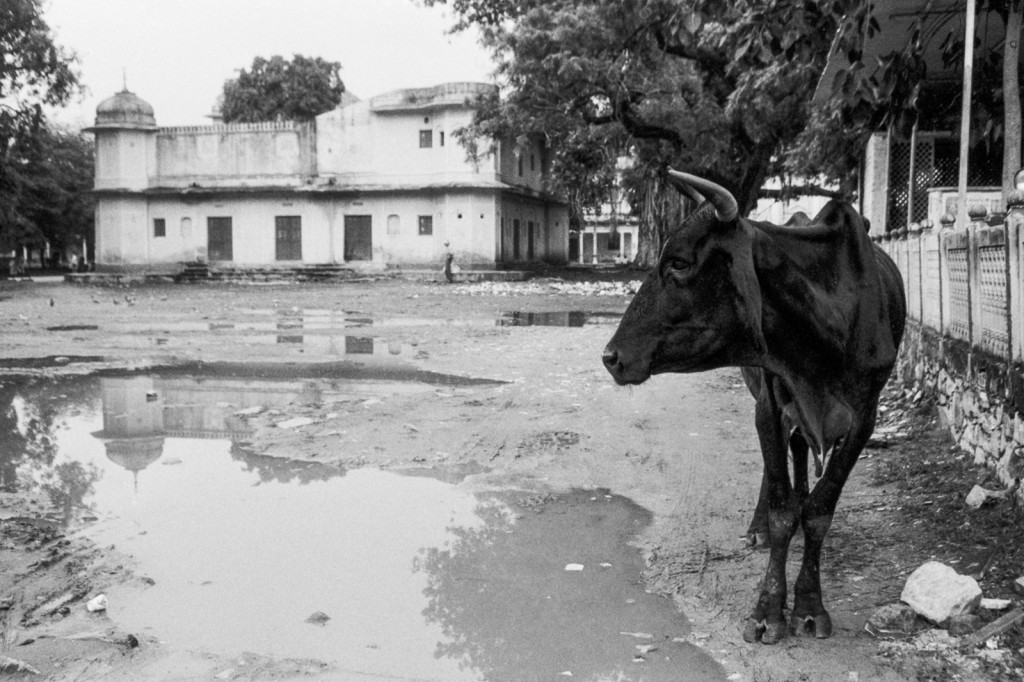 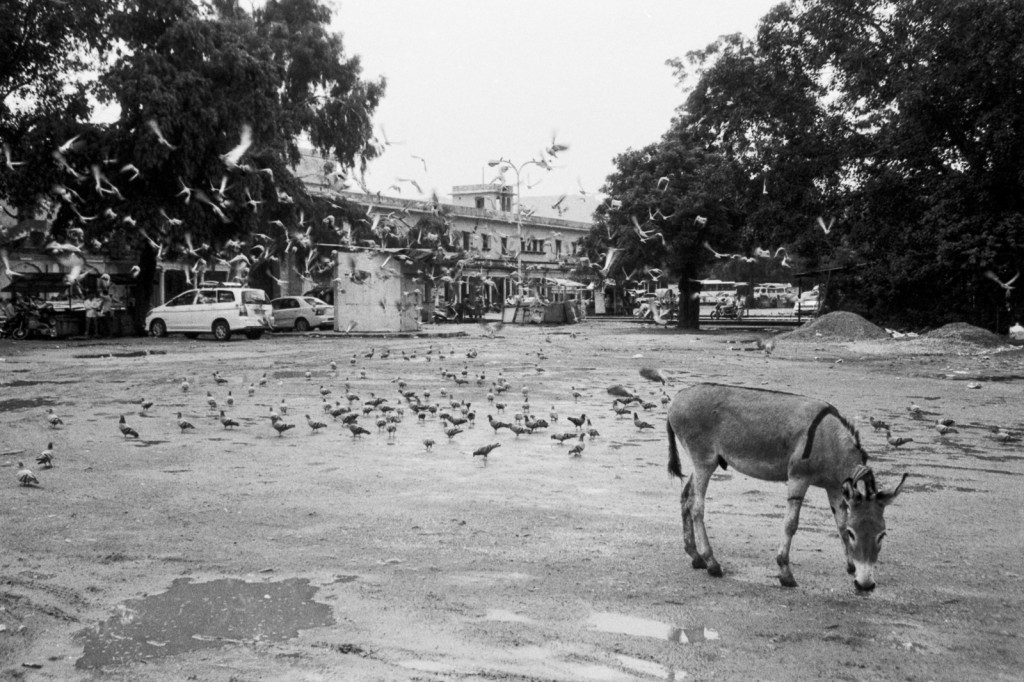 Not many tourists visit the small town on the road from Bikaner to Jaisalmer. However, the Jain temple and a couple of beautiful havelis are worth a look. Here I made the purchase of a colorfully painted window which isn’t anything very old but apparently collected from an old house. Although, the salesman was a jain and it’s said that followers of the jain religion never lie, I believe the window is brand new since I saw similar windows in many tourist traps later on. I still like it and when I look at it, I smile remembering the conversation with the Kanooga brothers. 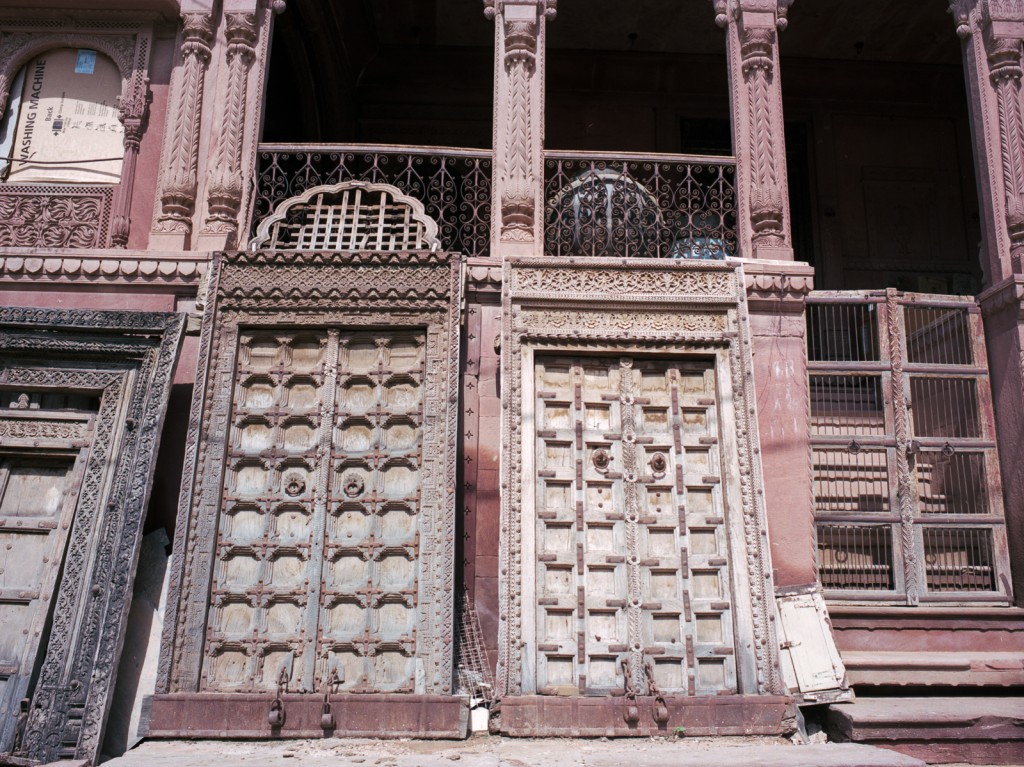 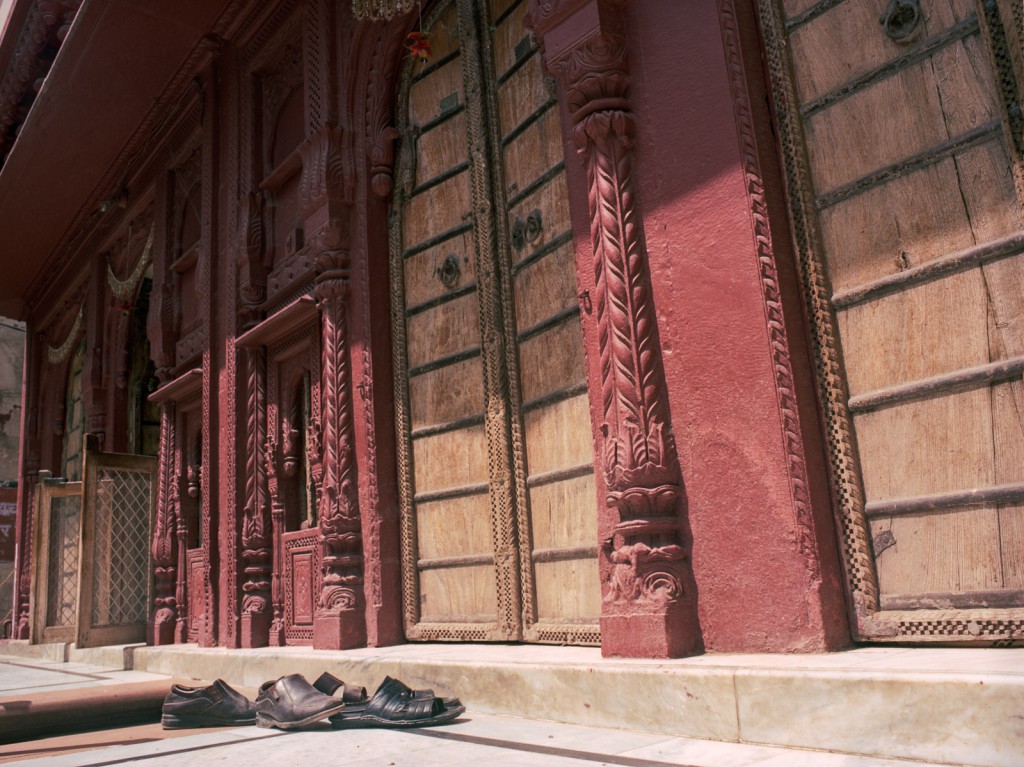 I guess the city of Udaipur should have made it in the top 10. The old city with the havelis and hotels lining up at the lake side as well as the roof top restaurants and cafes and of course the palace watching over all this from an elevated position seems like a still uncut gem in Rajasthan. A stroll through the many little streets and narrow paths appears almost enjoyable while still not being comparable with a Sunday afternoon walk in an European metropolis. 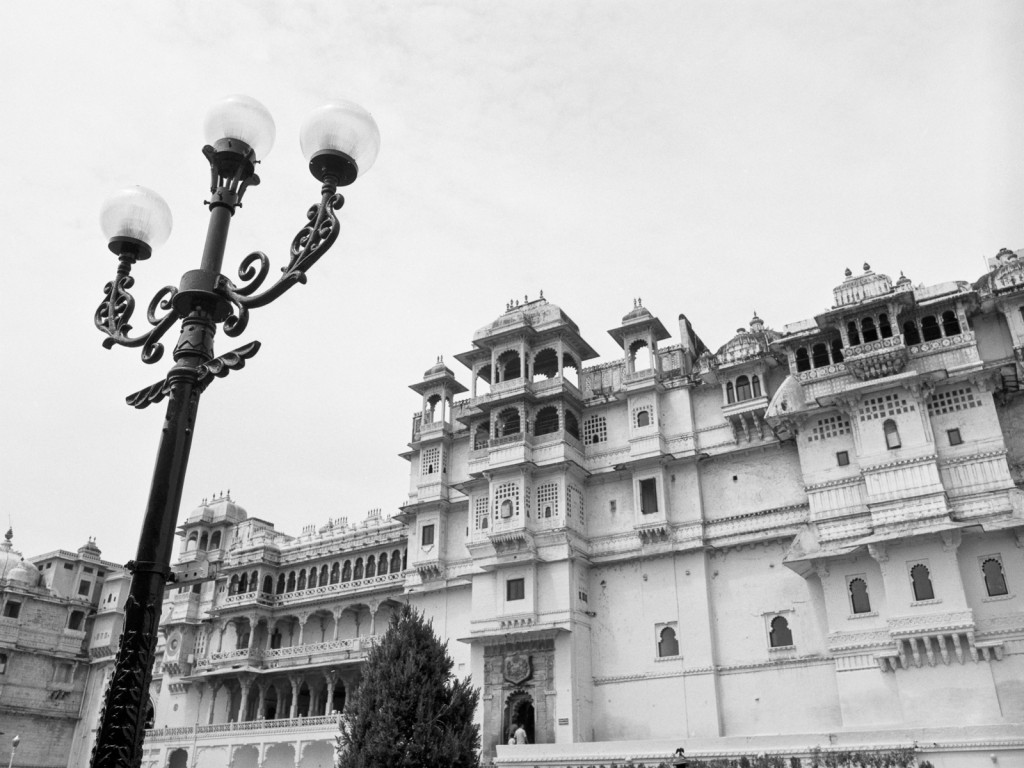 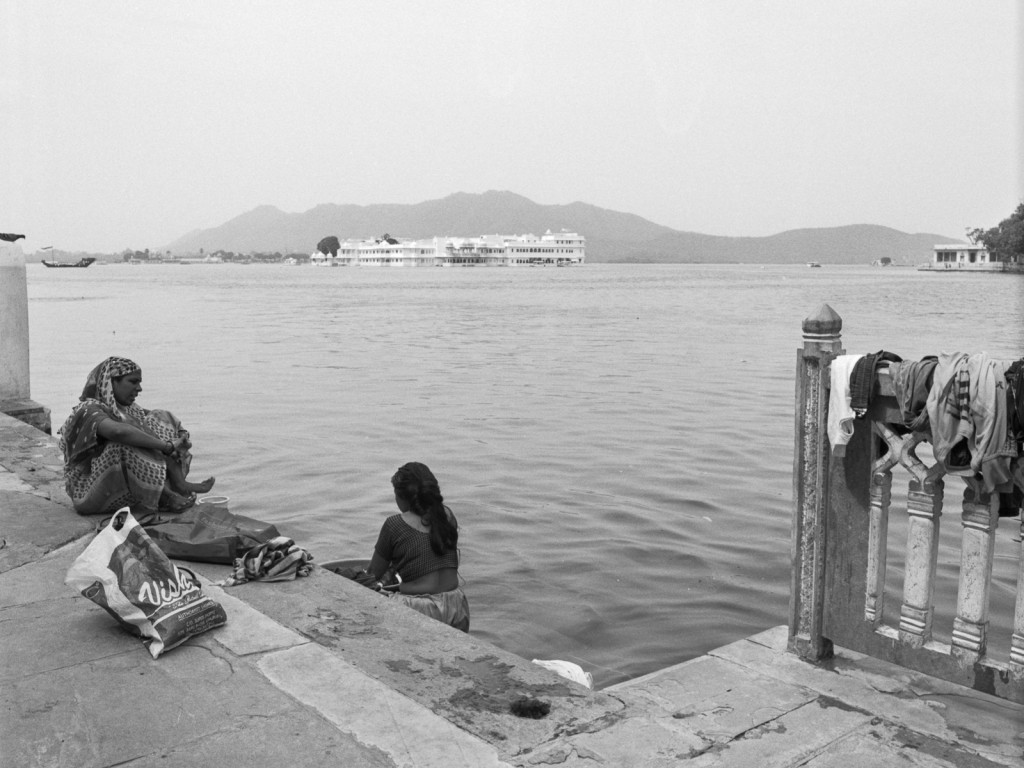 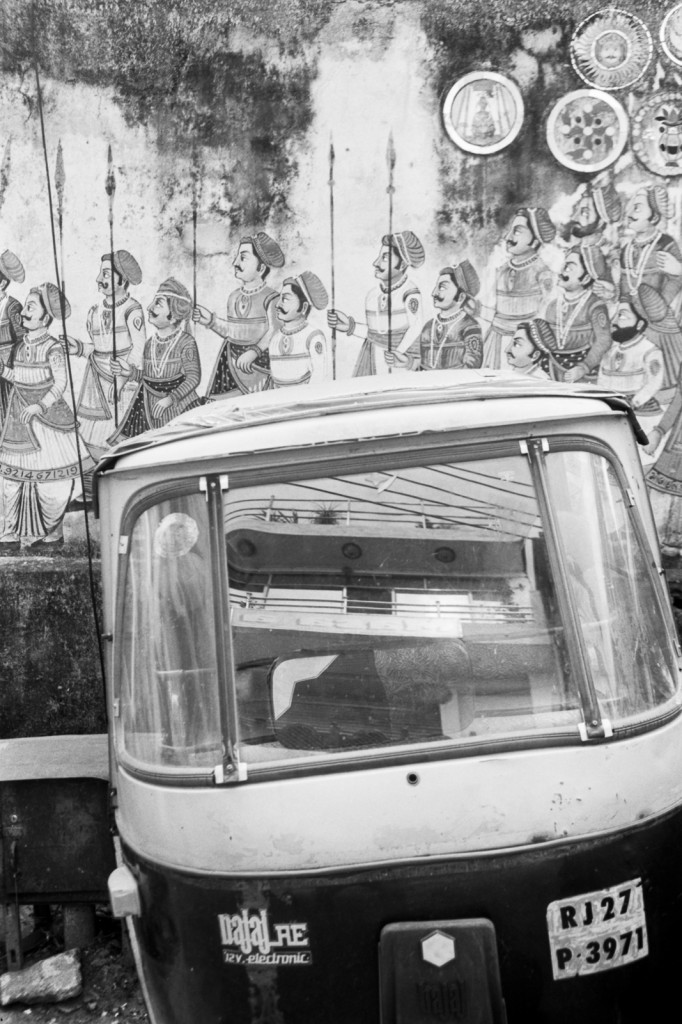 The day I visited Pushkar, hell came down in shape of heavy monsoon rain to this holy place. Pilgrims come to Pushkar to wash in the sacred lake and visit one of the few temples worshiping god Brahma. The lake is surrounded by 52 stone steps down to the lake which are used for sacred bathing as well as religious rituals. Mahatma Gandhi’s ashes were immersed into the lake here as well, Unfortunately, the ghats are also used to extract coin from travelers. The thing starts as a harmless introduction to the ritual to the point being ask for quite large amounts of cash and even credit cards. The argument, that also gods have to eat and that inflation really drives up the prices, didn’t really impress me. I did give some, still far off the requested amount, but seemingly enough to make the heavy rain stop. 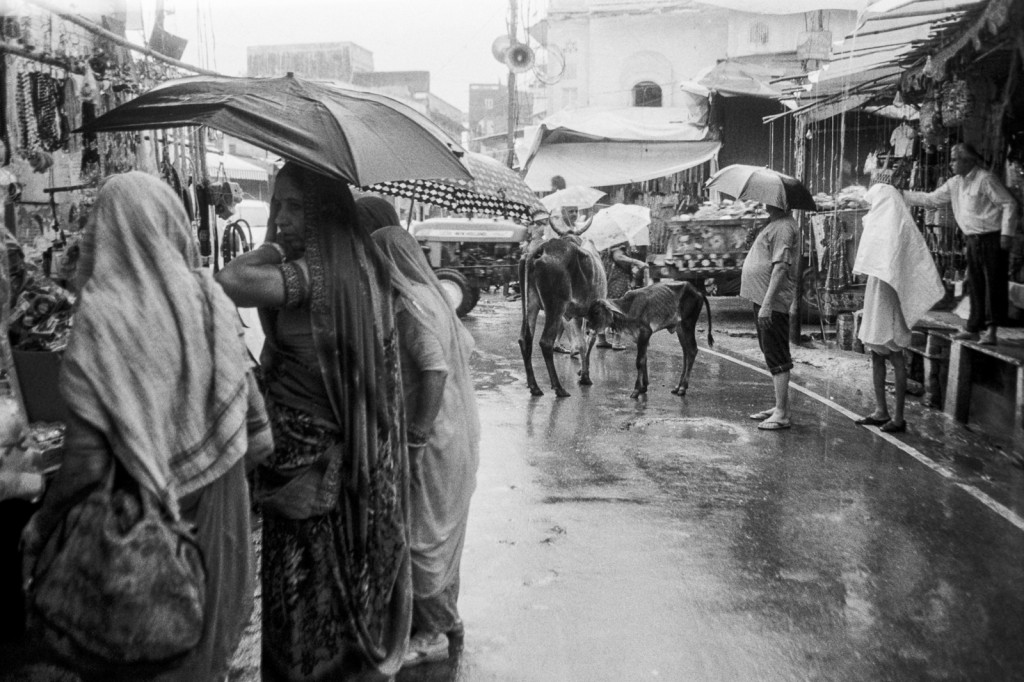 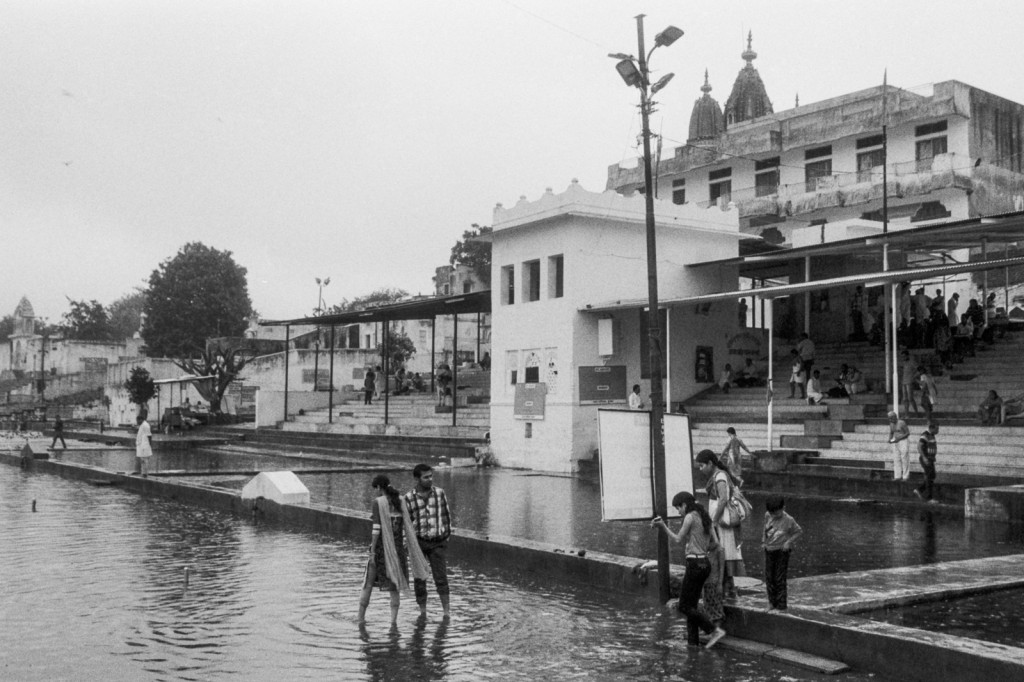 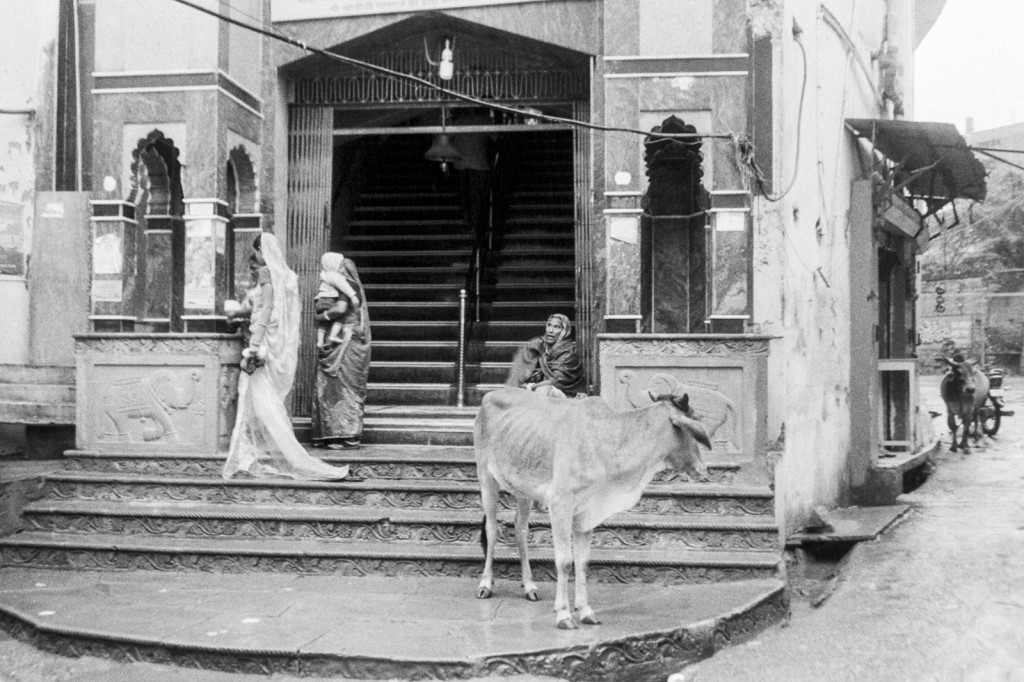 The Agra fort is more a  walled city than a fort. The current structures were built under the Mughals but the fort goes back to the eleventh century. During my visit I had two film backs, one loaded with color film and the other supposedly with black&white. However, after shooting twelve frames, I realized it was empty. And that was much later in the day with no chance to return to the fort. Now I only have left three images of one of the amazing courts. Dark clouds started to come up in the sky giving the colors a special hue. I’m still mad that the images I took of the marble structures in black&white are lost but I guess that’s karma. Actually, the view from the castle down Yamuna river to the Taj Mahal is just amazing …. 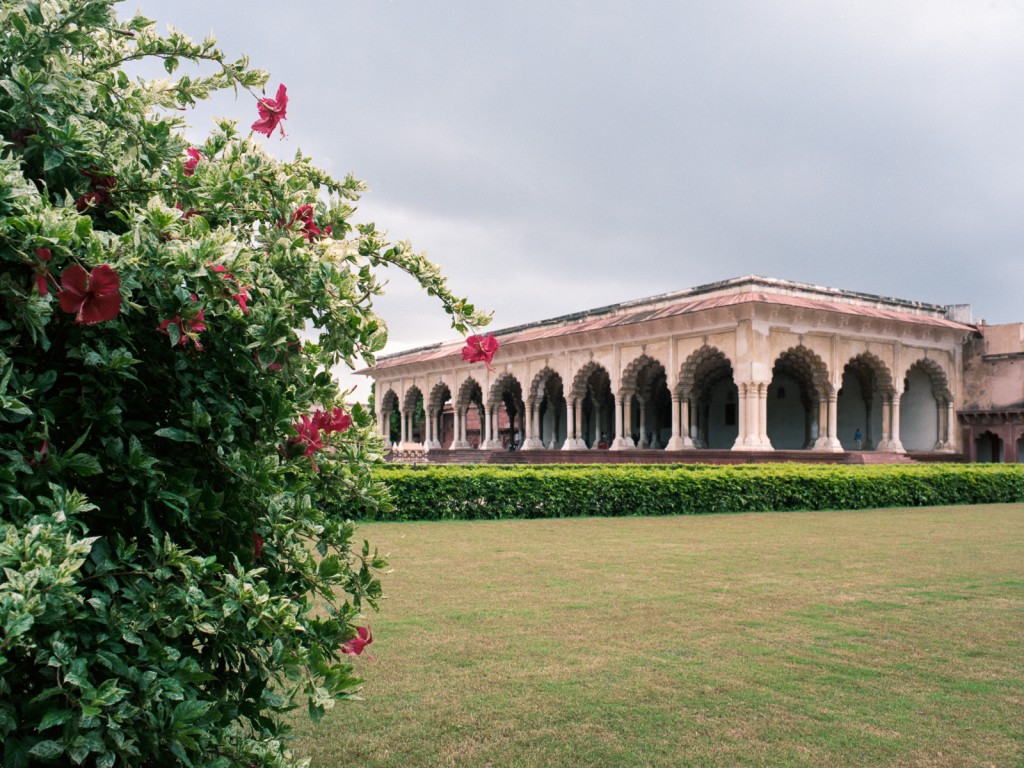 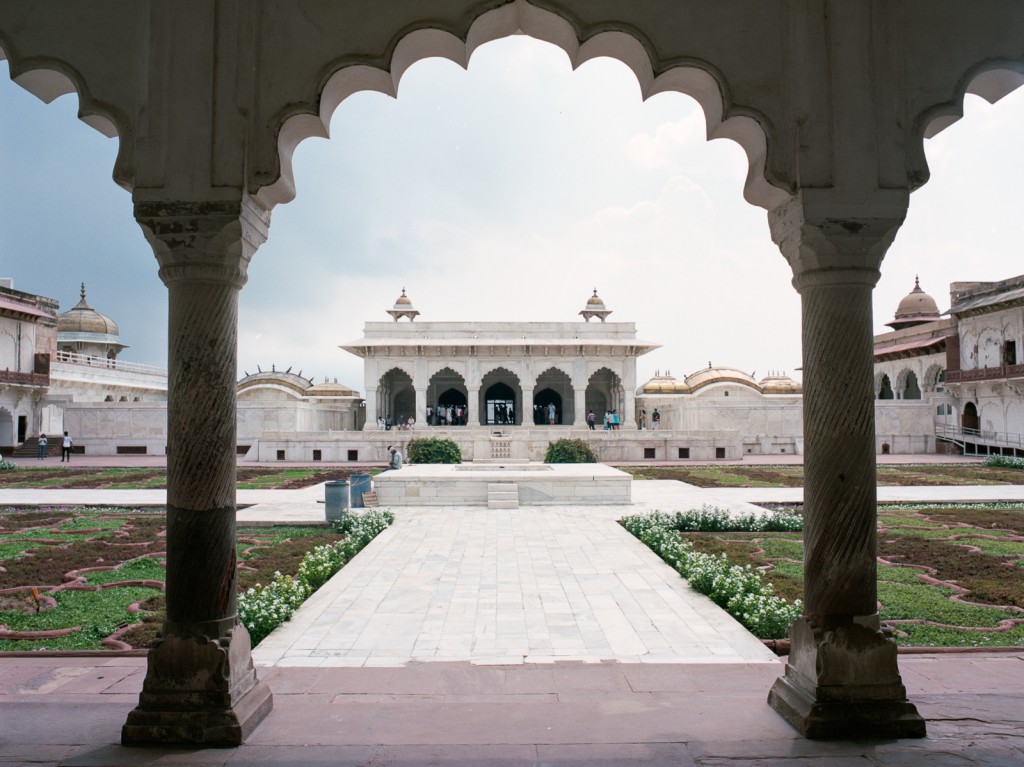 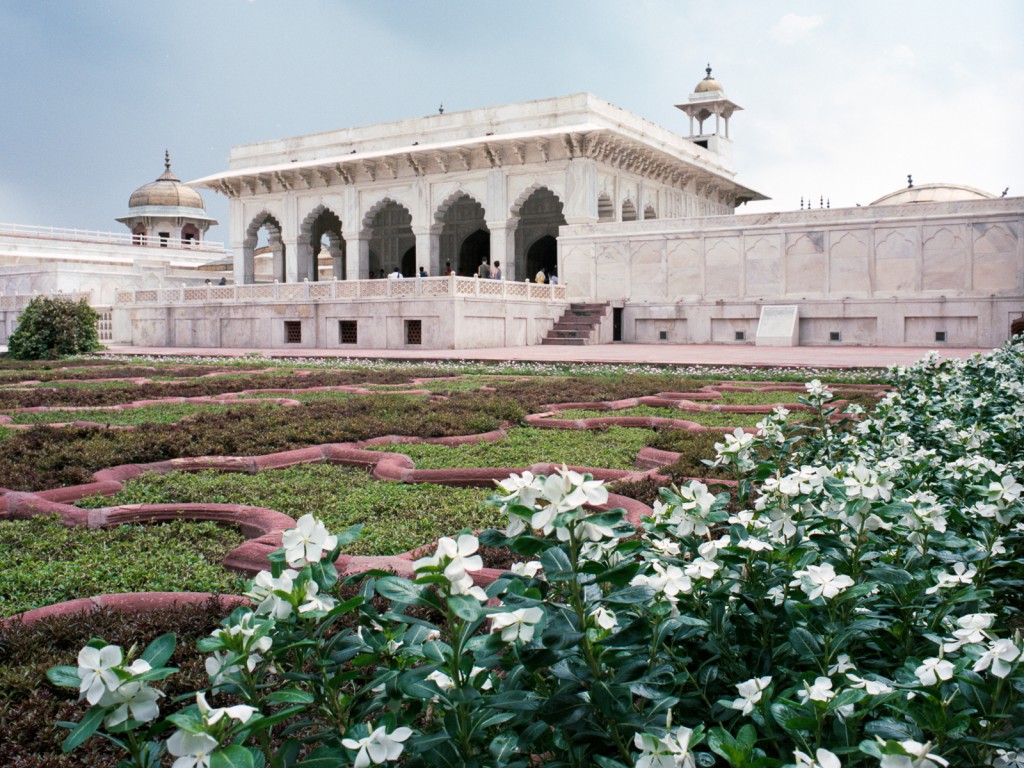 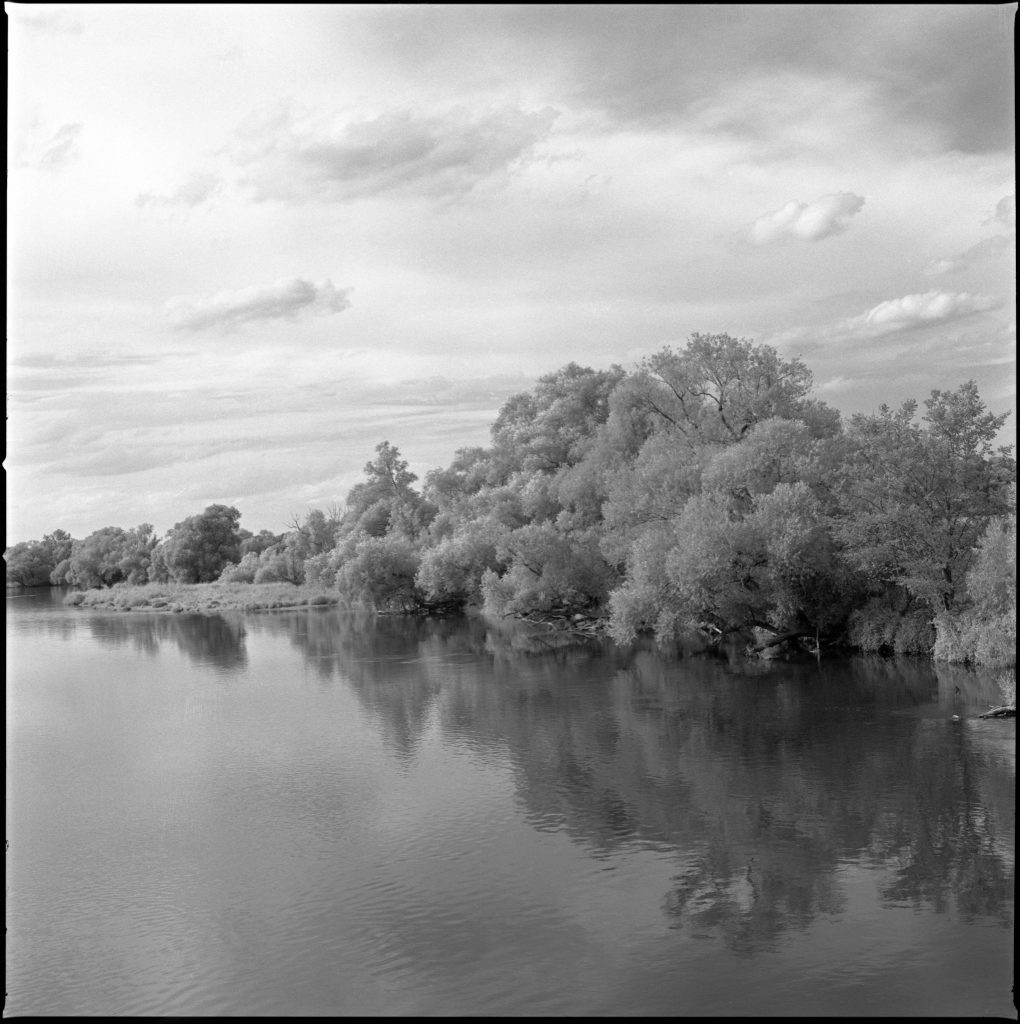