A hasselblad isn’t really known for its use during a concert. Actually the camera isn’t known to be very versatile outside a photo studio. Although I like to take my hasselblad anywhere but the studio and I started to enjoy the results of images taken in low light. A film that is very versatile and push-able to the extreme is Kodak’s TriX. I’ve used the film at ISO 6400 and beyond developed in Spuersinn HCDnew. 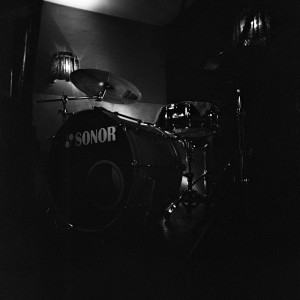 I have discussed the camera as well as the film. The next question is about the best lens. My thinking for a concert and low light is going wide. Focusing is a bit easier since the depth of field is increased and I have a better chance hitting the focus in dim lighting.

I also think I’m able to get interesting angles and a bit more drama using a wide lens. But this brings me to the next problem: location. Shooting wide means I gotta get close to the stage and that might be a problem in a tiny  crowded place.

Finally, I chose the 40mm/4 Distagon this time. I just got the lens on ebay and was really keen to try it out. I set it on f4 and 1/30 at and started shooting. I also measured and saw that I need a stop more to develop at ISO 6400. Anyway, the setting was the lowest anyway and I started shooting. Maybe I could get away with 1/15s with a 40mm lens but I didn’t want to risk it knowing the hasselblad doesn’t do really well with long shutter speeds. 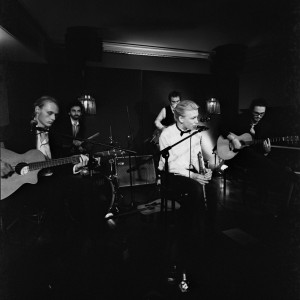 The concert took place in a small bar called Gabanyi, a cosy place with a long bar and a few tables while the stuff runs around in white aprons, the kind that people wear in labs. There was a little stage with the piano just lid by two old fashioned lamps on the wall.

The bar was getting pretty crowded. There were some tables right in front of the stage with all seats taken. When the concert started, I quickly finished my beer and squeezed myself between two tables standing right in front of the stage. I realized that the camera plus the lens are quite big and it needs a bit of juggling in a narrow space. I also needed to be careful where to put the camera when not shooting. A small digital point-and-shoot might be more practical. I just wonder if I even would look at the results. Part of the fun is the challenge to master all weird circumstances: the big medium format camera plus the monster 40mm lens, the narrow space, the low light and the film chosen for the task, the shooting location. Considering all this and a bit of luck will lead to some interesting images for sure. I always try to find a good balance between shooting and thinking before clicking. Shooting with film means every time you click the shutter you also use a frame of film. Thinking too much means you never get a full film. 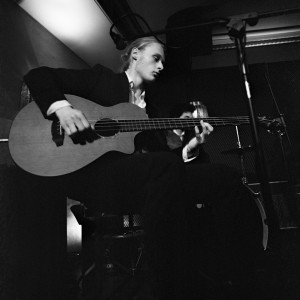 Finding a balance especially while shooting a band is important. Some out of focus frames will be lost as well as some due to unexpected movements. I tried to limit myself to one film since changing the film or back might have been too much trouble.

Observing the images I see that most are done from a low point of view. That can be explained with the usage of the hasselblad’s waistlevel finder which makes it easier to choose a low view point than a high one. I’ve tried over the head and upside down but I seldom hit the right focus. I also tried during this shoot and it was a wasted frame. Sometimes I get the finder very close to my face and try to stand on my toes to raise the camera as much as possible. Yet, a view from above is only possible from a raised position. These are the things you don’t even realize while shooting but when looking at the results much later. 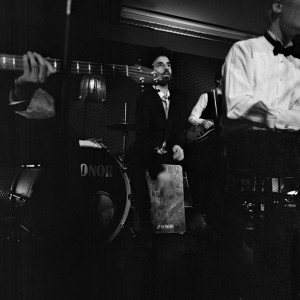 Maybe I shortly get back to the film used here: Kodak TriX. There were times I shot a lot of TriX but when I started analog photography again in 2012 I didn’t like it at first and I mostly used Ilford HP5+ and Delta 400. On a recent trips I started shooting TriX again and tried some different developers like Spur Ultraspeed Vario, the new Tetenal Ultrafin T-Plus and Spuersinn HCDnew for push development. After taming the high contrast, it’s now one of my most favorite films again.

I think I need to say some words about the band as well. Hey, they were the real heroes of the evening. “The Capitols” is a young band based in Munich, Germany which usually plays good and solid rock. In the relatively small Gabanyi Bar they tried to go “unplugged”. I think even the band wasn’t sure if this is going to work but it did. The acoustic versions of “Inhale/Exhale” and “Neon Ghetto” totally worked for me. There are three songs promoted on their webpage. 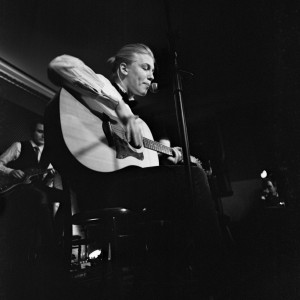 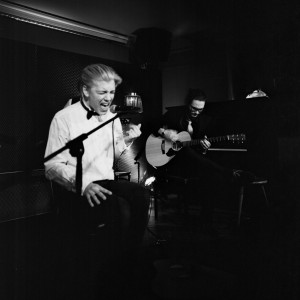 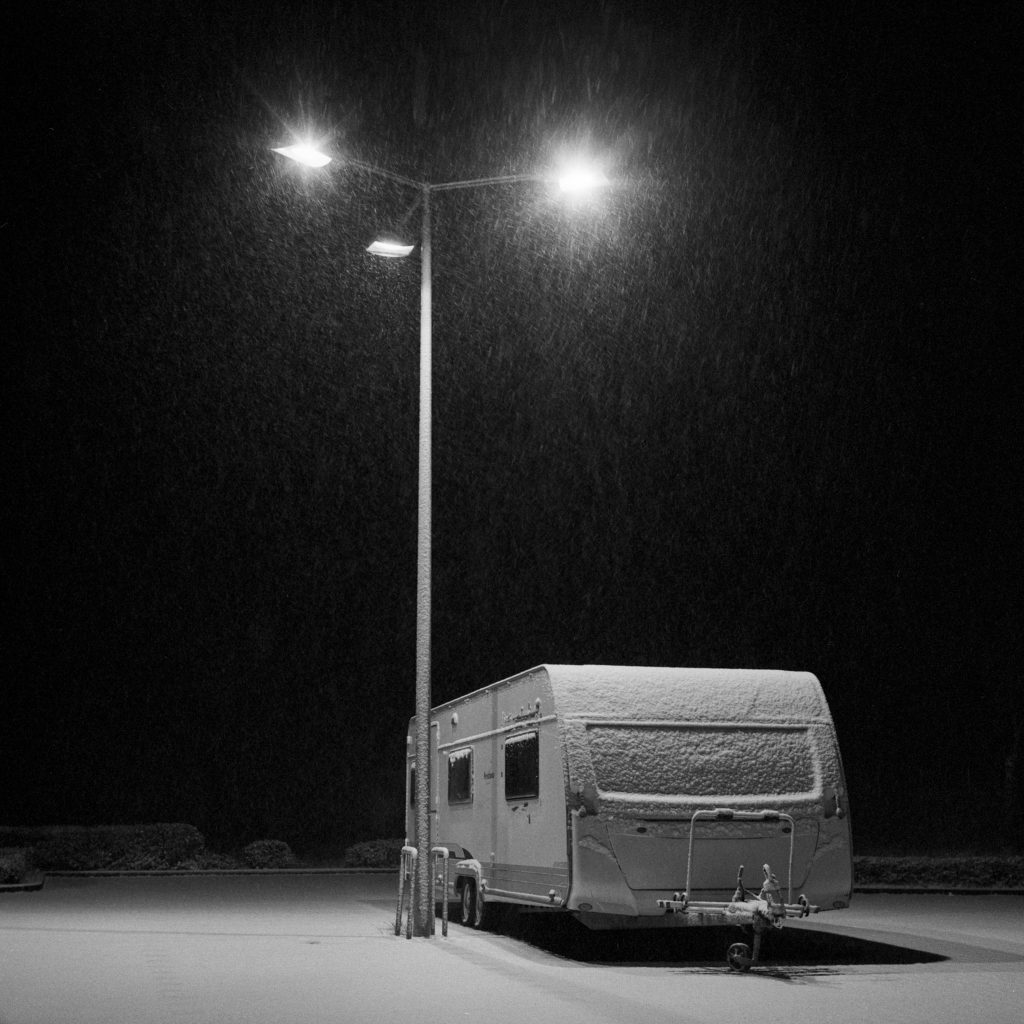