Here is another ebay purchase: Seventeen old films made by ORWO. I looked through the films and found a NP27 (ISO400) that was exposed and expired in July 1981. I developed it in Kodak  HC110 1+100 for 2h. The film showed strong fogging but some images could be saved.

On the pictures I found a woman in the kitchen and a dog. I contacted the ebay seller and got the information that the guy who owned the films just passed away in his nineties in Grimma, Saxonia. Since the film expired in 1981, I guess it was shot in the seventies in East Germany. Apparently, the guy was an engineer. However, there is no more information. 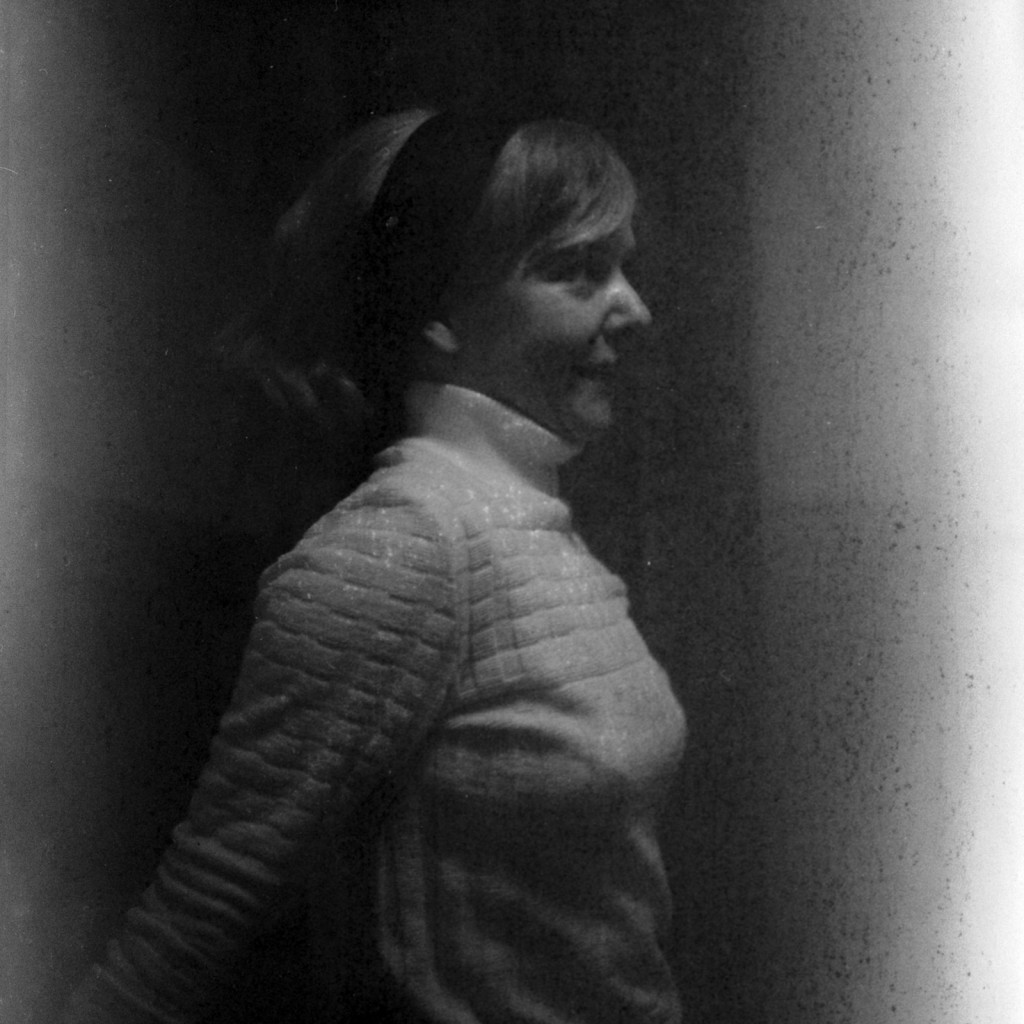 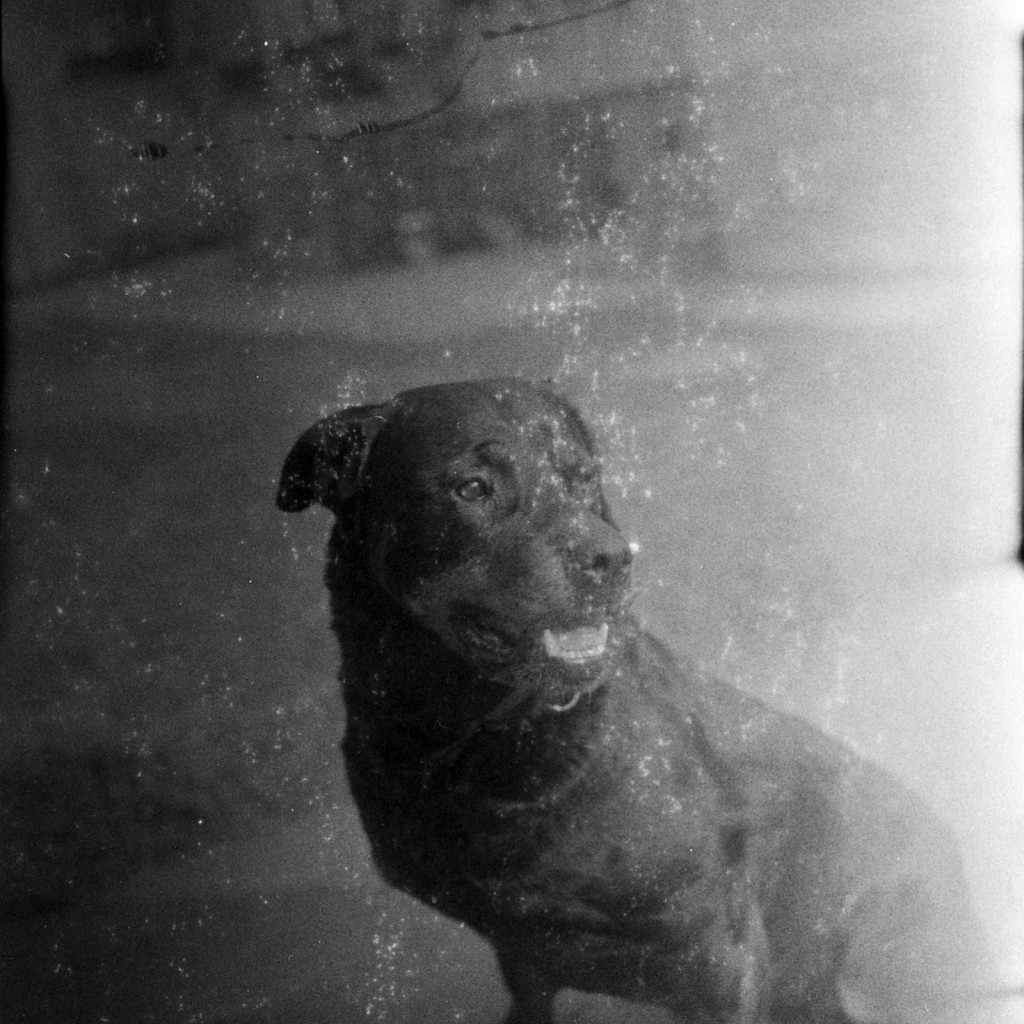 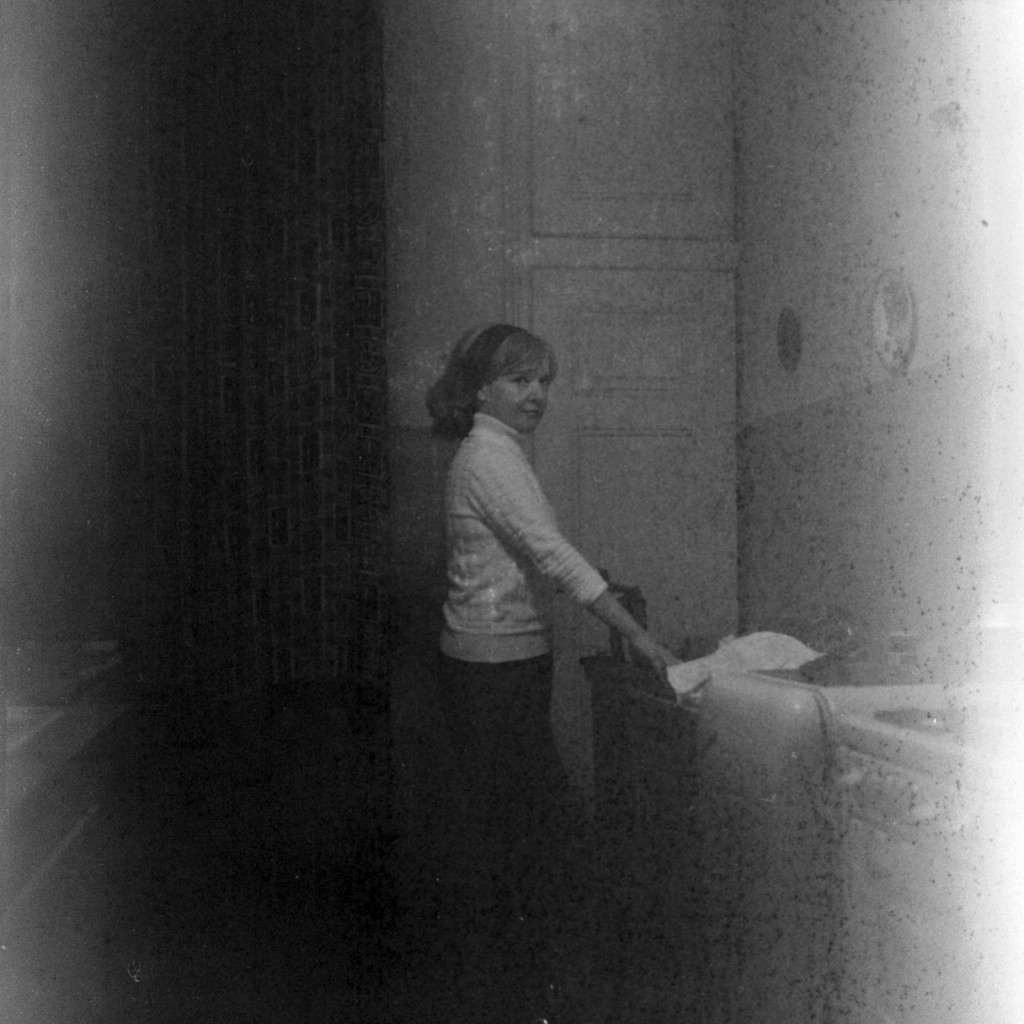 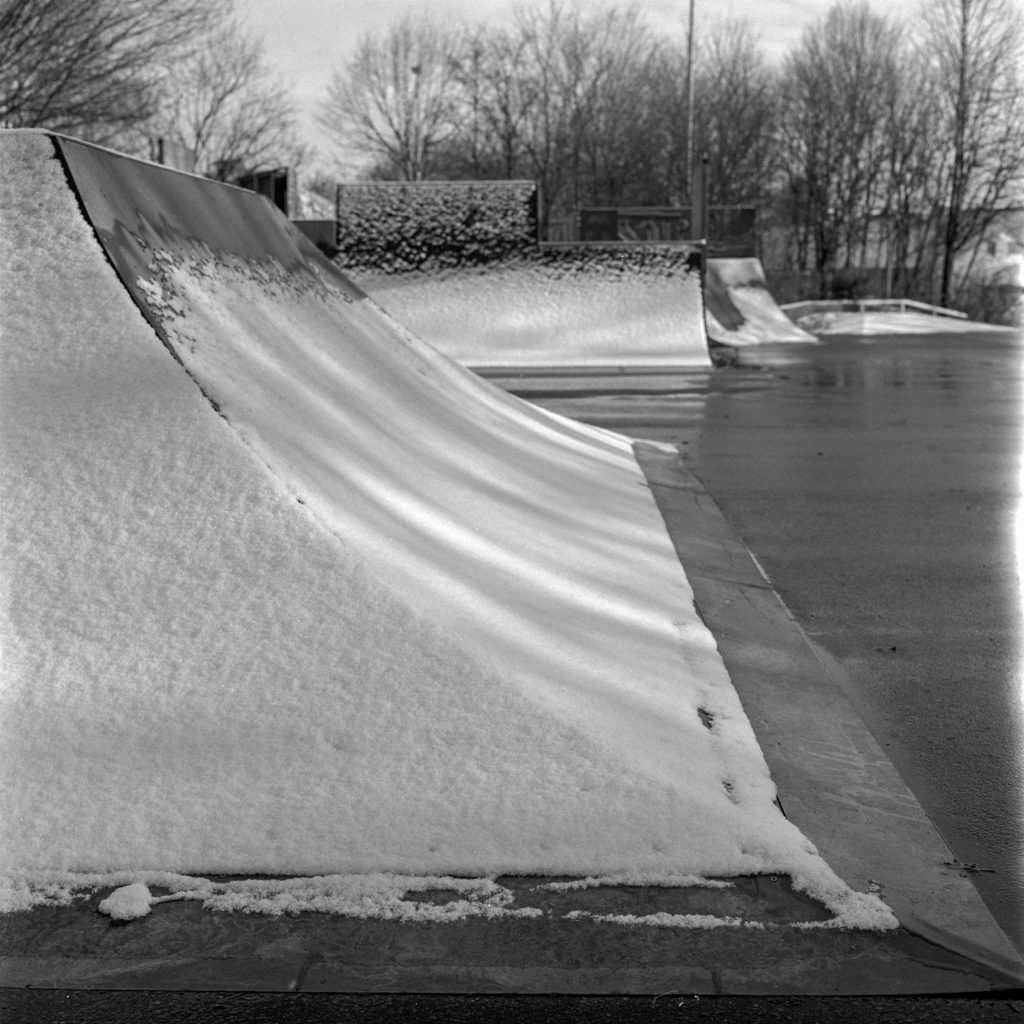