Let me put one thing straight right at the beginning. What I really want is a Fuji 6×17 or maybe a medium format Widelux. On a good day I might settle for a MF Noblex. However, these are pretty much out of reach right now. So I settled for an older Russian Horizont made in the years of 1972 and 1973. The younger “plastic” version Horizont 202 can also be found on eBay and lomography even sells a range of new Horizon cameras.

Soon after my camera arrived, I shot the first roll on top of Saentis mountain in Switzerland. After developing the roll, I found lots of light leaks. Also some the shutter speeds were pretty off. All images seemed to be out of focus due to camera shakes. I got the problems fixed, shot the next film and found some more light leaks while the speed issues were resolved. The camera went back to the clinic. I shot another roll when I got it back and all frames were just a little bit out of focus. Oh well, I thought, and put the camera into the shelve to spend the rest of its days there. When I picked up another camera from the repair shot, I gave it a try and ask the guy to take a look again and he found out that the lens was a bit lose changing focus a tiny bit. I went to the nearest store selling film, got a roll of Ilford FP4+ with twenty four exposures to have another test run. I didn’t have high hopes but tried anyway.

I strolled along Munich’s Christmasmarket and up Kaufinger Straße to Stachus. People seem to look at this strange apparatus but don’t seem to get its function. An American guy asked me what that thing is and I showed him how the camera worked with its rotating lens. Then I had a cup of hot punch, shot one more frame and the film was done.

Since it was a dark and wet December day, I shot the film at ISO400. I developed in Rodinal (1+25, 20min) and when I scanned the film, I was happy to see all was good and well focused. To be honest, I was surprised how sharp these images were and also how well FP4+ behaved being pushed about two stops. The contrast is as expected a bit higher and the shadow detail is suffering a bit but all things considered the images look quite good. The sharpness is excellent and the detail free grain in the dark areas isn’t annoying at all.

There is not much thrill handling the camera. It has shutter speeds from 1/30 down to 1/250 of a second and aperture from 2.8 to 16. The lens is a 2.8/28mm lens. The depth of field depends on the chosen aperture, for example at 2.8 it starts at about 5m to infinity while it’s just 1m for aperture 16. Inserting the film can be tricky but YouTube features some how to do it videos. The most difficult thing is not to get a finger in the way of the lens. Shooting becomes a bit “inconvenient” since holding the camera, as I normally do, would certainly be visible on the negs. The new versions like the 202 have a special grip while you just need to be careful with the older releases.

The entire process from buying to having a functioning camera took me about a year. Now I have a working panorama camera that gives excellent output (as long as it lasts). The It doesn’t really replace the wish of having a Fuji 6×17 but it helps that craving to shoot wide for a while. 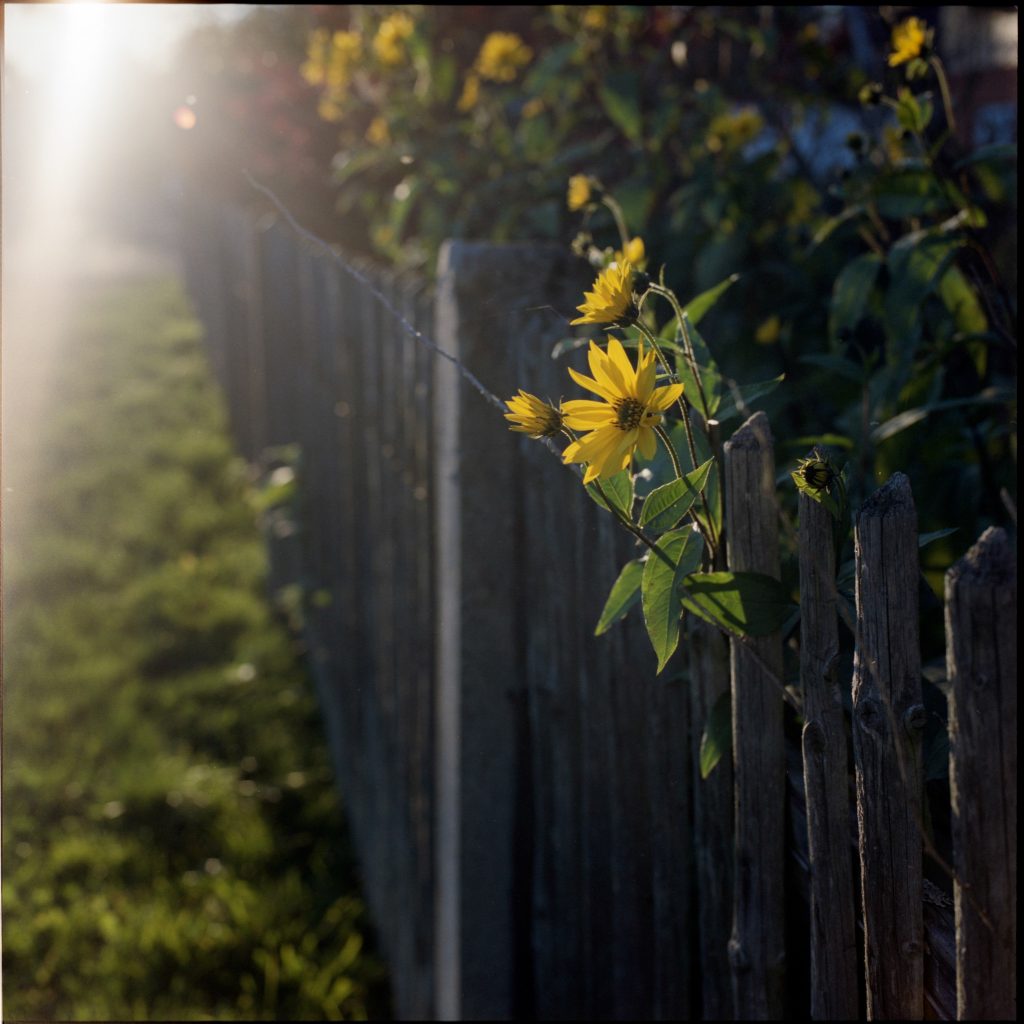