I promise the fourth part will be the last part and it will be short. My last destination is the area around the Xi Men subway station. There is a good reason to stay away from this play on a Saturday afternoon: It’s really crowded. On the other hand that’s also a good reason to come here on a Saturday. There is always people and things to capture. Another good target here is the Red House crafts and artists market selling so many original things made in Taiwan.Last but not least, there are a lot of local snacks to be purchased and tasted here as well. After so much walking the little hunger needs to be treated. My choice is usually the spicy fried chicken and a bubble milk tea. Of course there are plenty of other choices and the Taiwanese are masters in walking, eating, talking and all at the same time. I rather look for a place to sit and enjoy the tasty food. 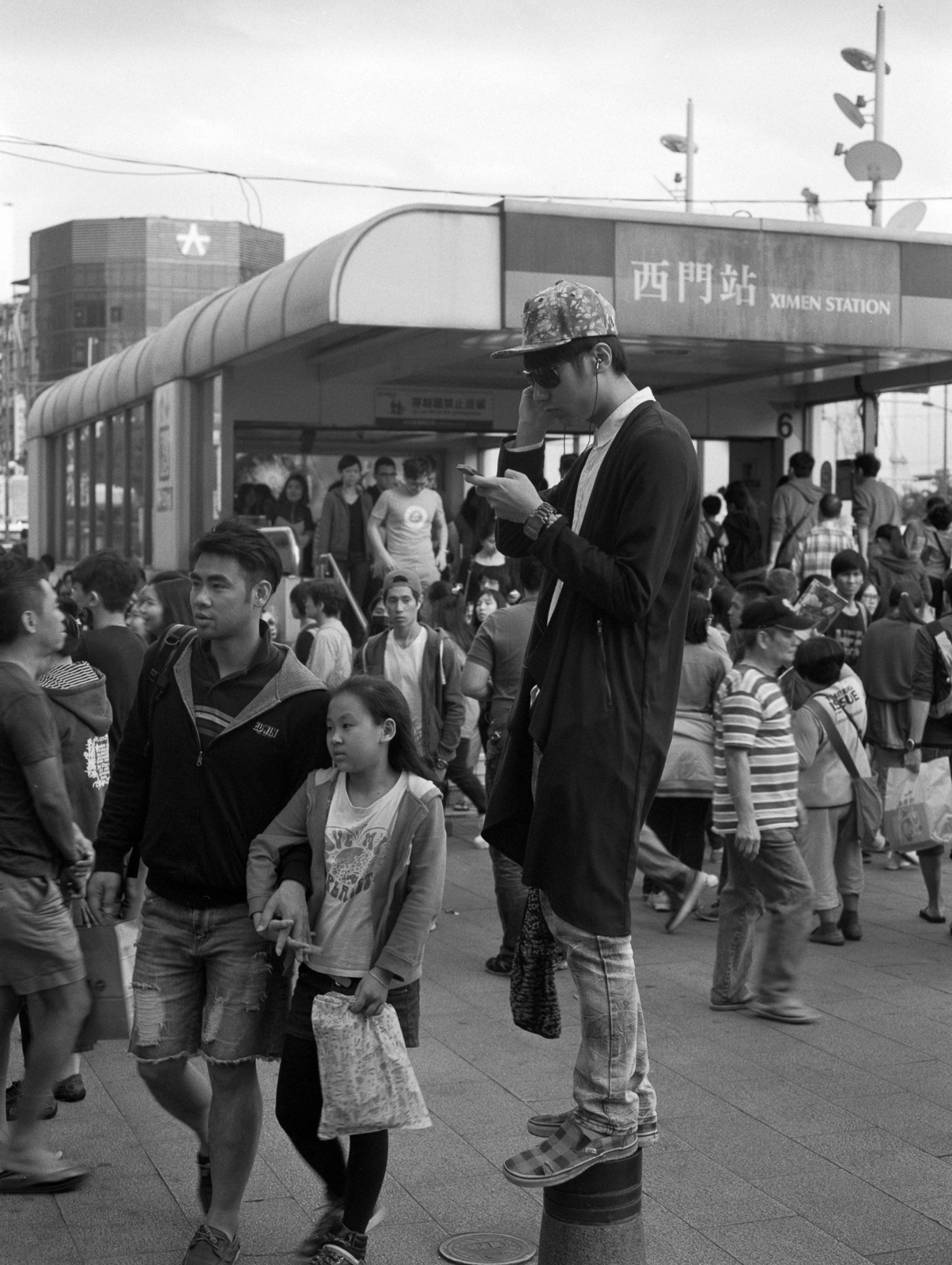 After the snack and some more shots, it’s time to go back to the hotel. Previously, I used to stop in some of the camera stores on Po Ai Street. These stores are now pretty boring just selling the same digital cameras and all that fancy lenses and equipment. I just walk by there to get the subway back to the hotel where it always begins until the next time … Or maybe it’s time to do something different next time. 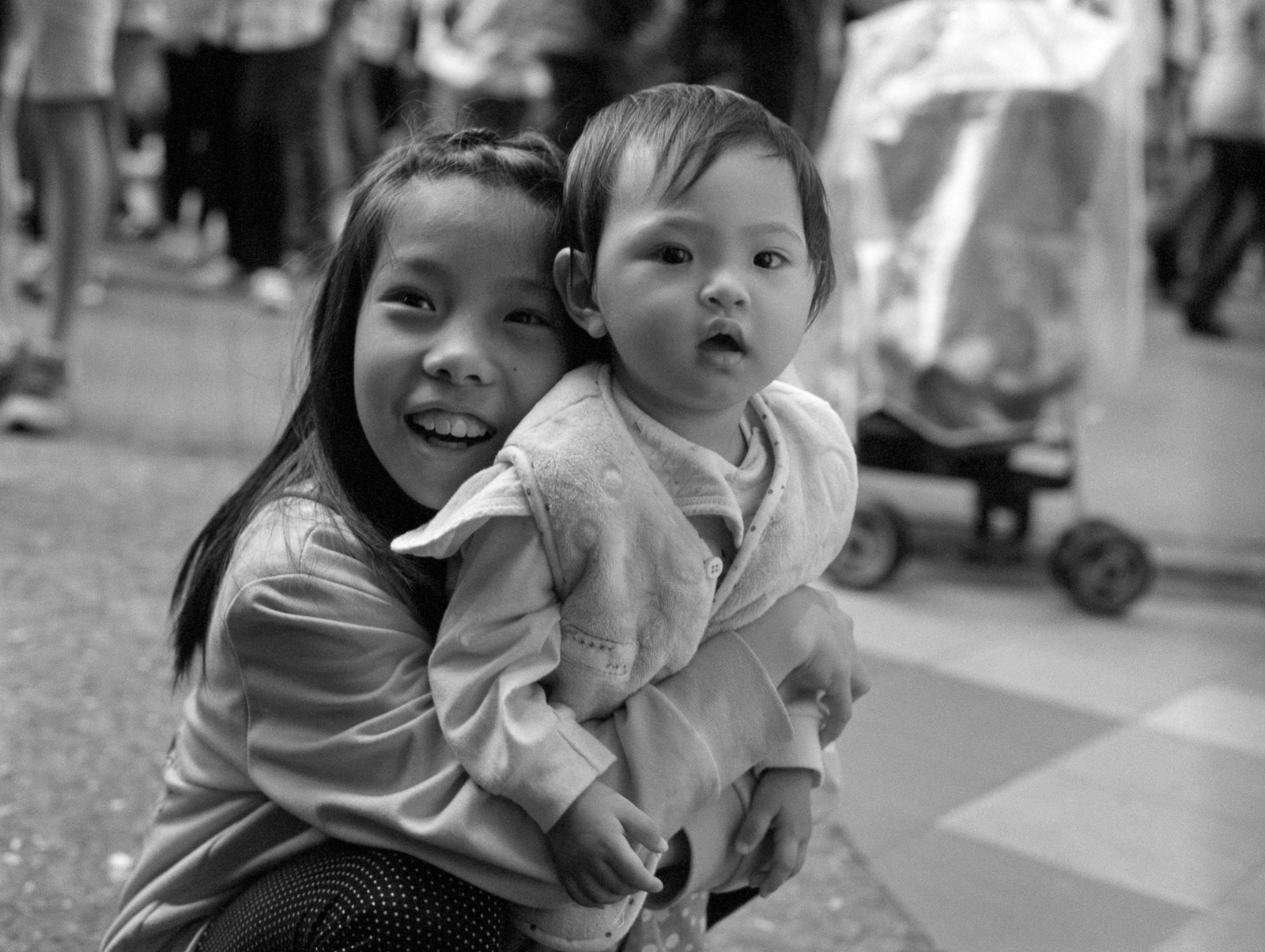 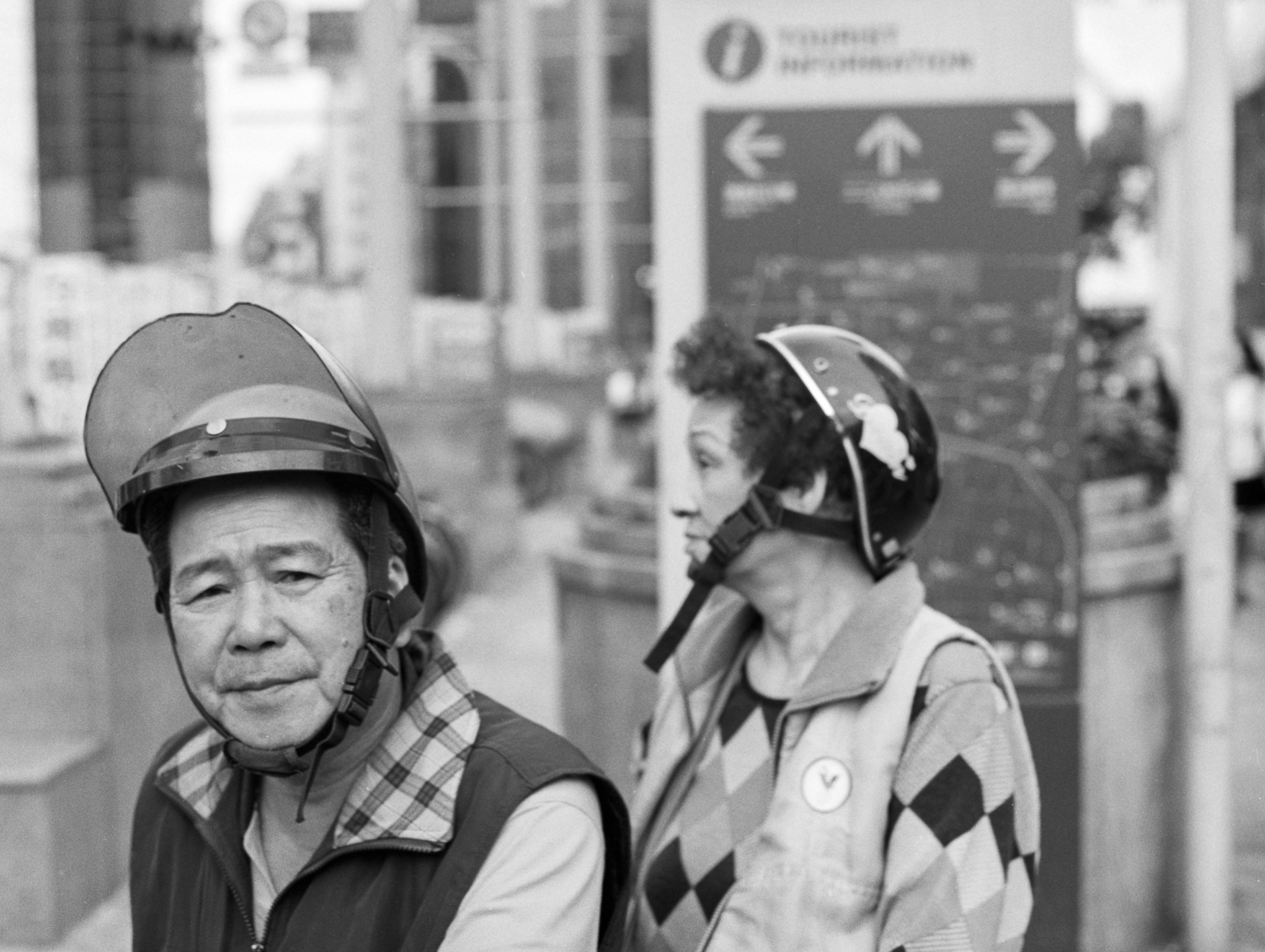 All images are taken with a Mamiya 645Pro on Shanghai GP3. I developed the film in Agfa Rodinal. 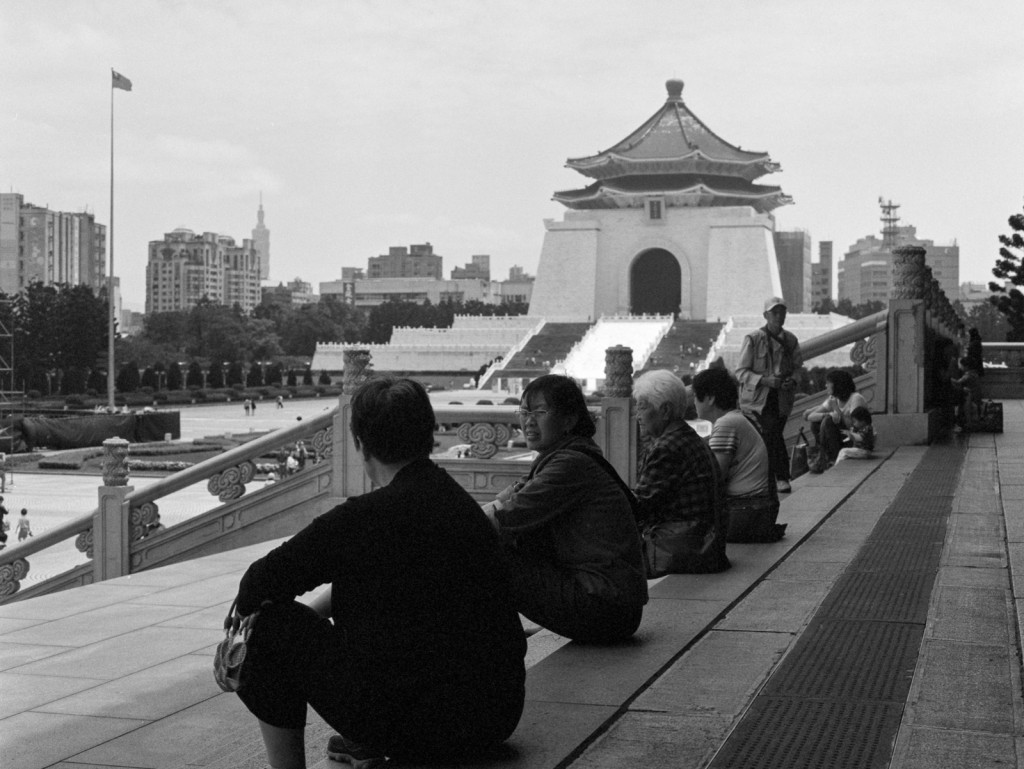