Sun Moon Lake is Taiwan’s largest body of water located in the middle of the country. The lake is surrounded by lush green mountains. According to the tales, a white deer led the hunters of the Thao tribe to the shores of this beautiful  and rich in fish place.

Lalu Island in the middle of the lake is holy ground for the Thao tribe, It was renamed several times in history but received its aboriginal name back after more recognition was given to the tribal roots. Large parts of the island sank into the lake after the big earthquake in 1999.

I visited the lake for the first time during a day trip from Hsinchu where I lived in 2002. Nearly at the same time I got my first digital SLR a Fujifilm S2 with one of the best sensors at the time and the advantage of being compatible with my Nikon lenses. The two color images were taken at the Wen Wu temple which was still under construction after being totally flattened during the 1999 earthquake. I still have the original raw files but these are edits I did a long time ago. 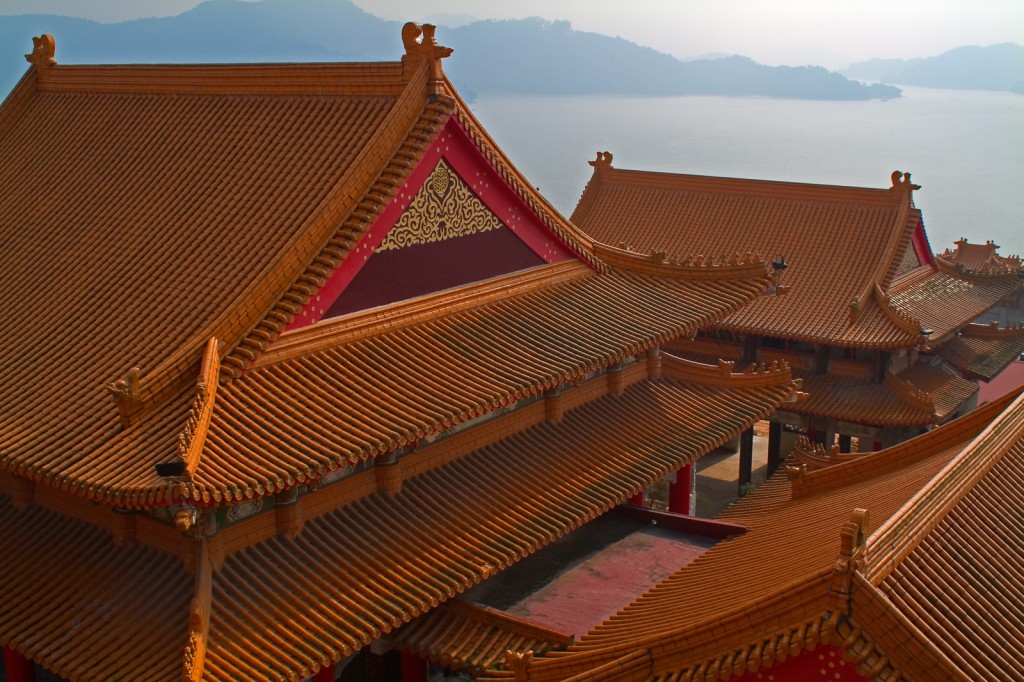 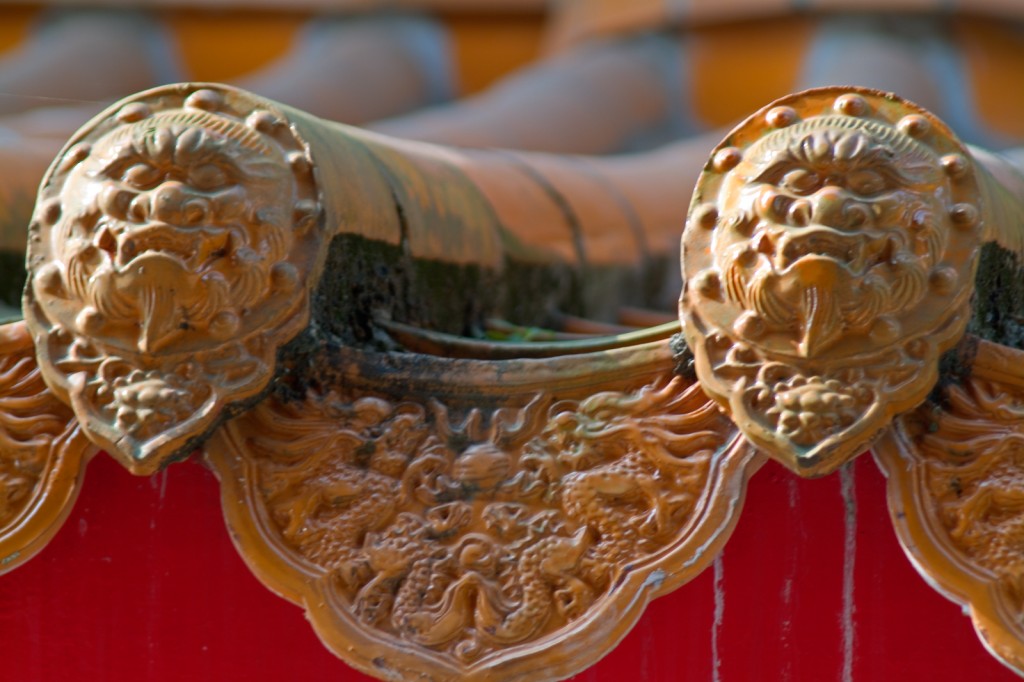 I went back to the lake in May 2003. Taiwan was taken over by the SARS crisis and public life stood still for a couple of weeks. I decided to go on a little Taiwan round trip including Sun Moon Lake. Hotels were of an occupancy below 20% and discounts were steep. At Sun Moon Lake I stayed at The Lalu which was at the time one of the best hotels in Taiwan. I took a number of pictures of the hotel and the lake. I need to find some time to look through the images again and edit them.

A couple of weeks ago I went back to the lake. I rented a car drove down to Taichong on a Friday after work to get an early start on Saturday morning. I was surprised to find a new highway full of buses and cars going East, going into the mountains and going to Sun Moon Lake. The traffic never became better and a long cue of cars moved slowly forward. I didn’t recognize much after arriving at the lake. I saw quite a number of new hotels, a large marina and an new urban strip with stores and restaurants including Starbucks along the north shore. So I went straight to Wen Wu temple to walk around and take some shots. I was equipped with a Hasselblad 500CM and lots of film.

So I climbed up the temple to the place were I took the photos before. It was a warm sunny day but the light was already very bright and not so good for taking images. 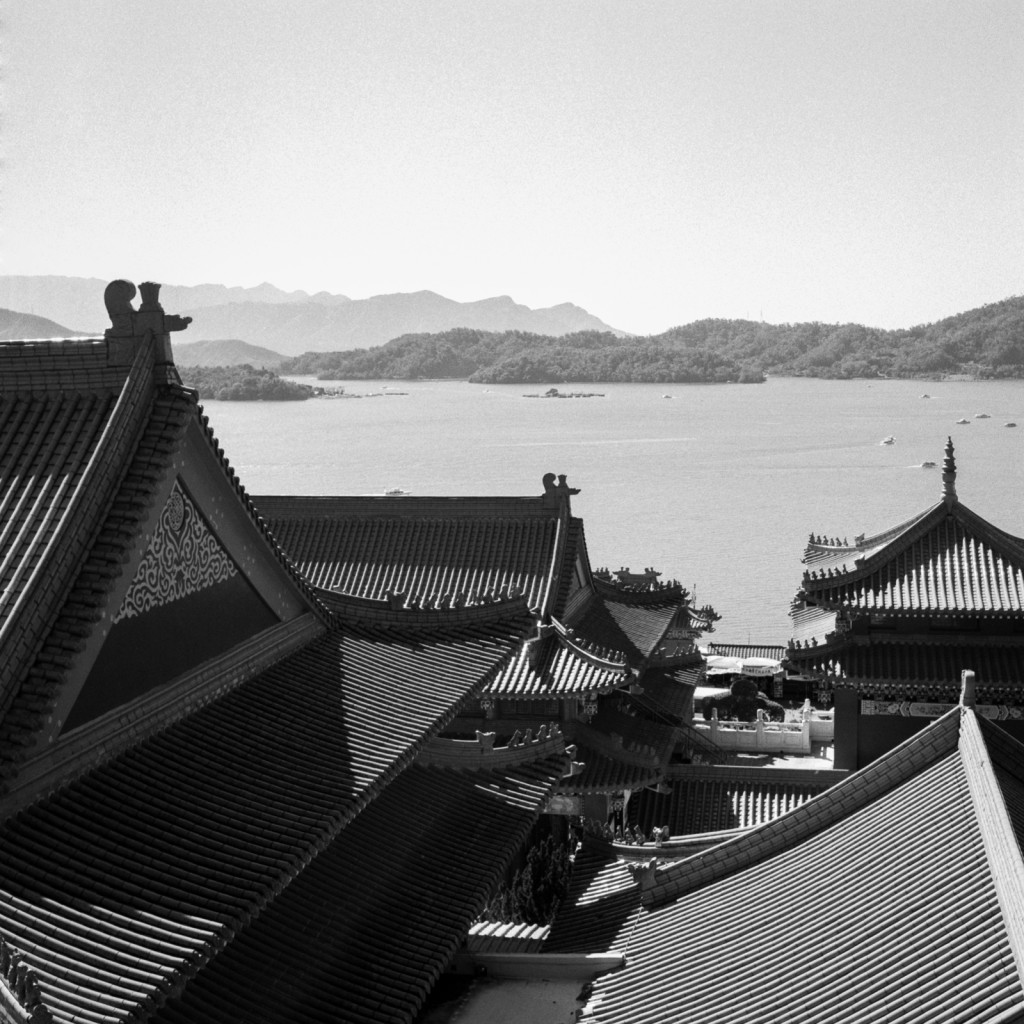 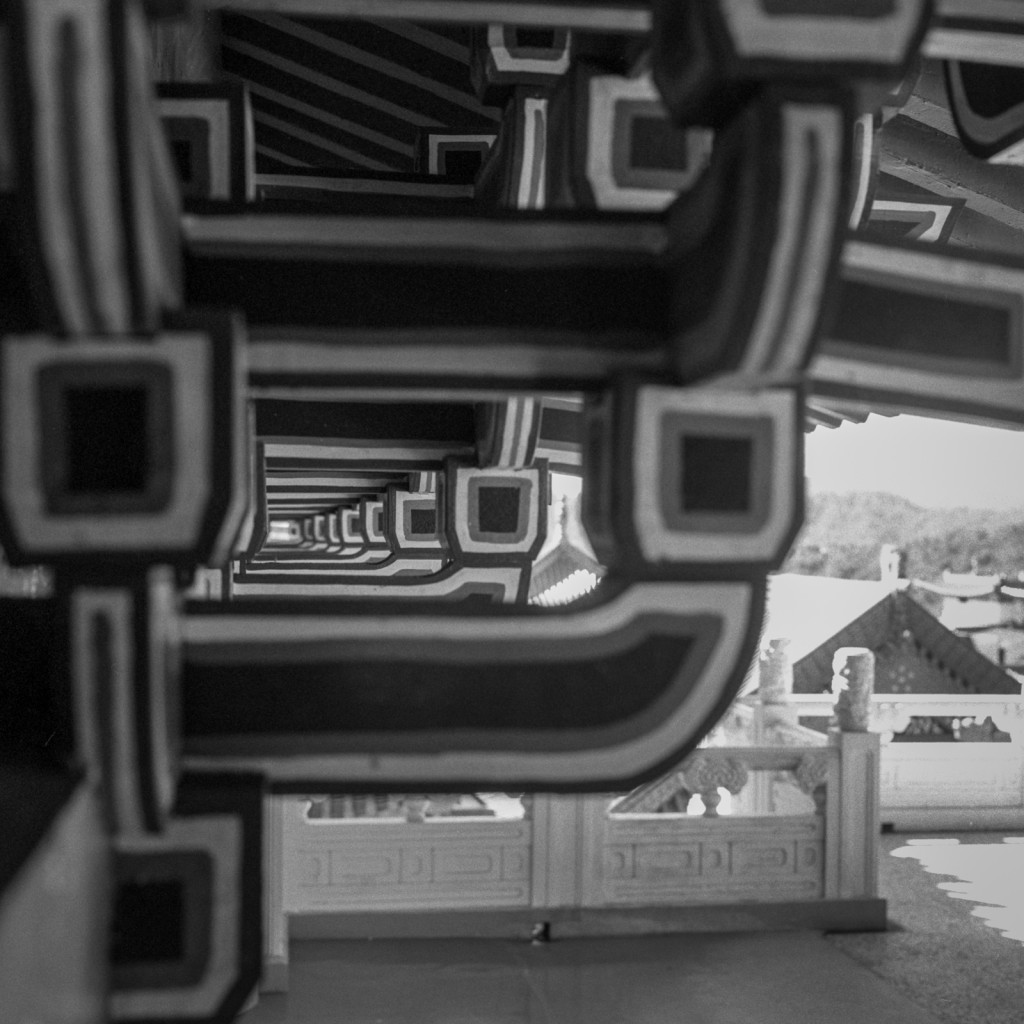 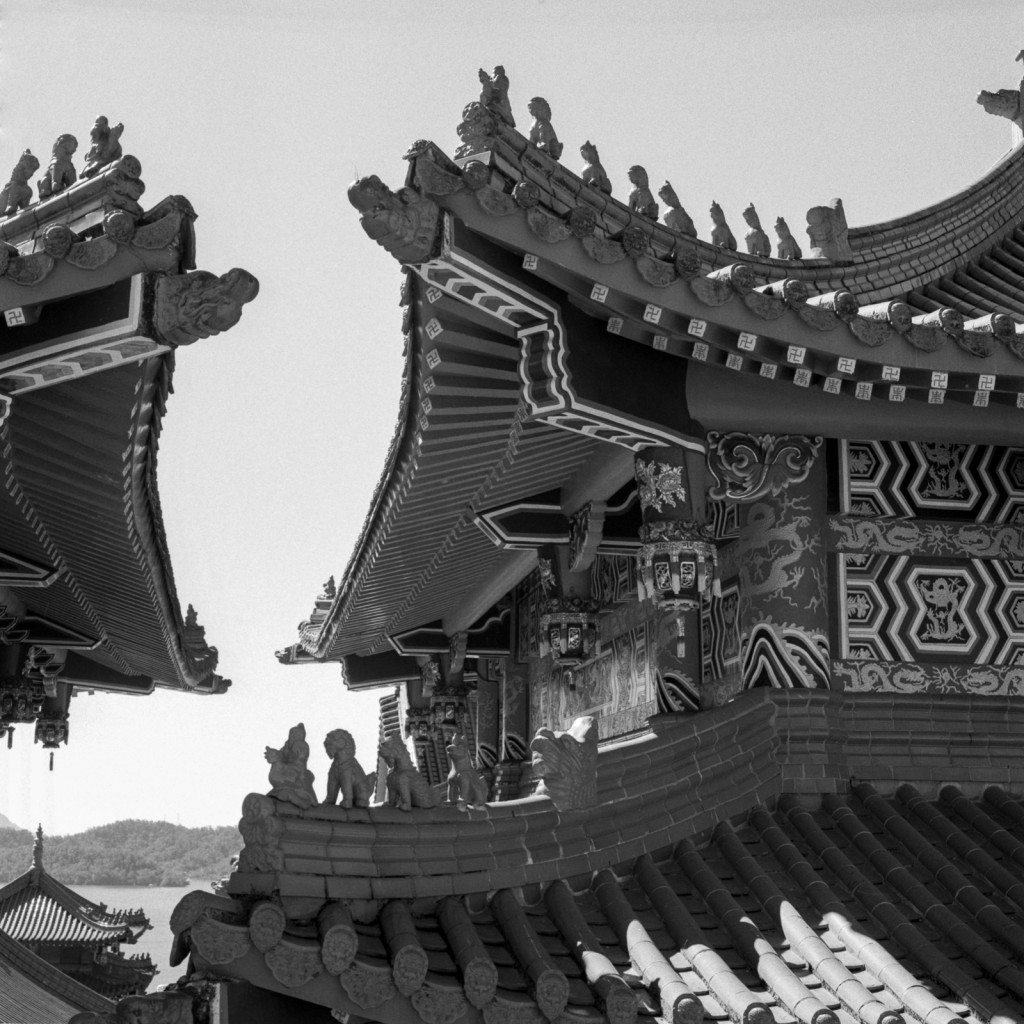 The temple entrance is most impressive. Looking from the temple one can see the gate, the lake and the mountains beyond. These views make the place so special and of course attractive for people to visit. Then years ago the view was still unspoiled by boats and other signs of civilization. Today people claim the place for their way of recreation. Let me come back in a while and look at the place again.

Opposite the Wen Wu temple are some stalls selling food, refreshments and souvenir. There are also 365 stairs leading down to the lake representing each day of the year. One can hang a little golden bell on the fence which contain prayers and wishes. 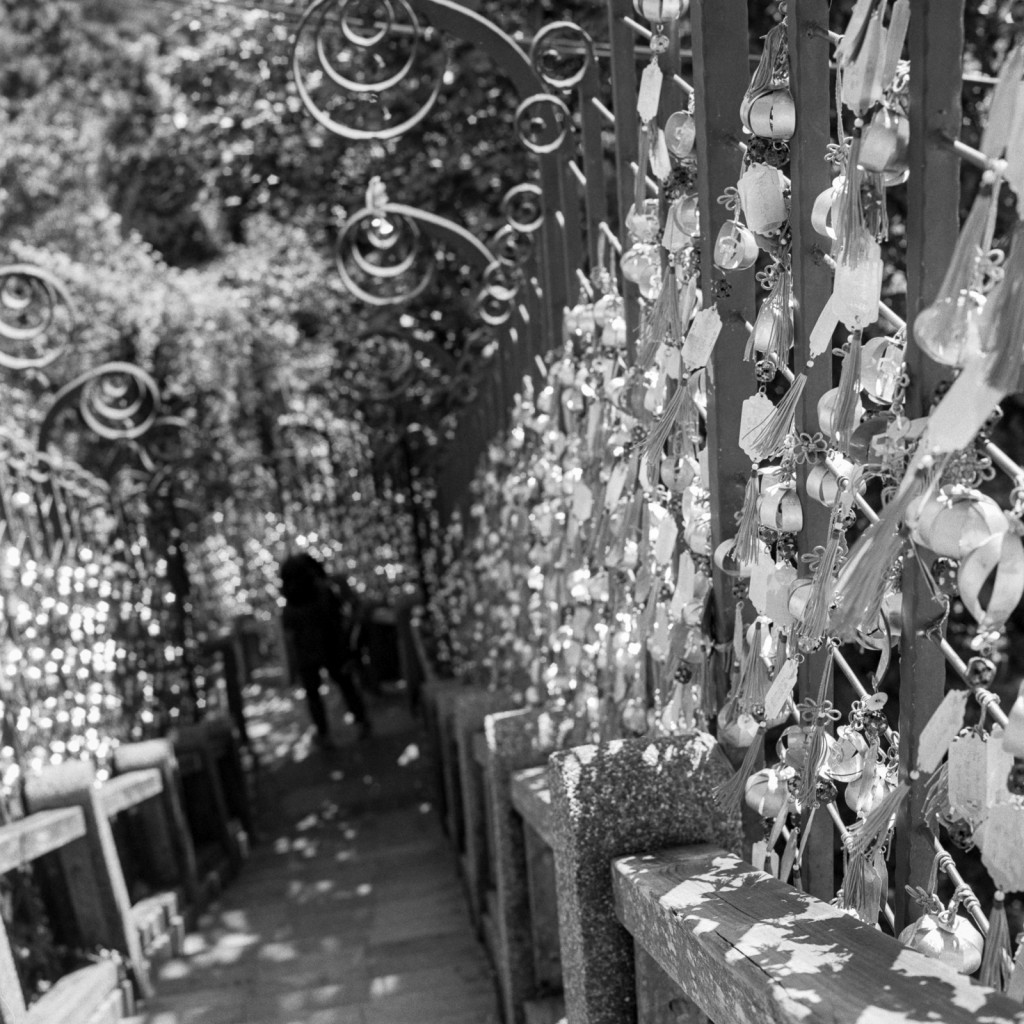 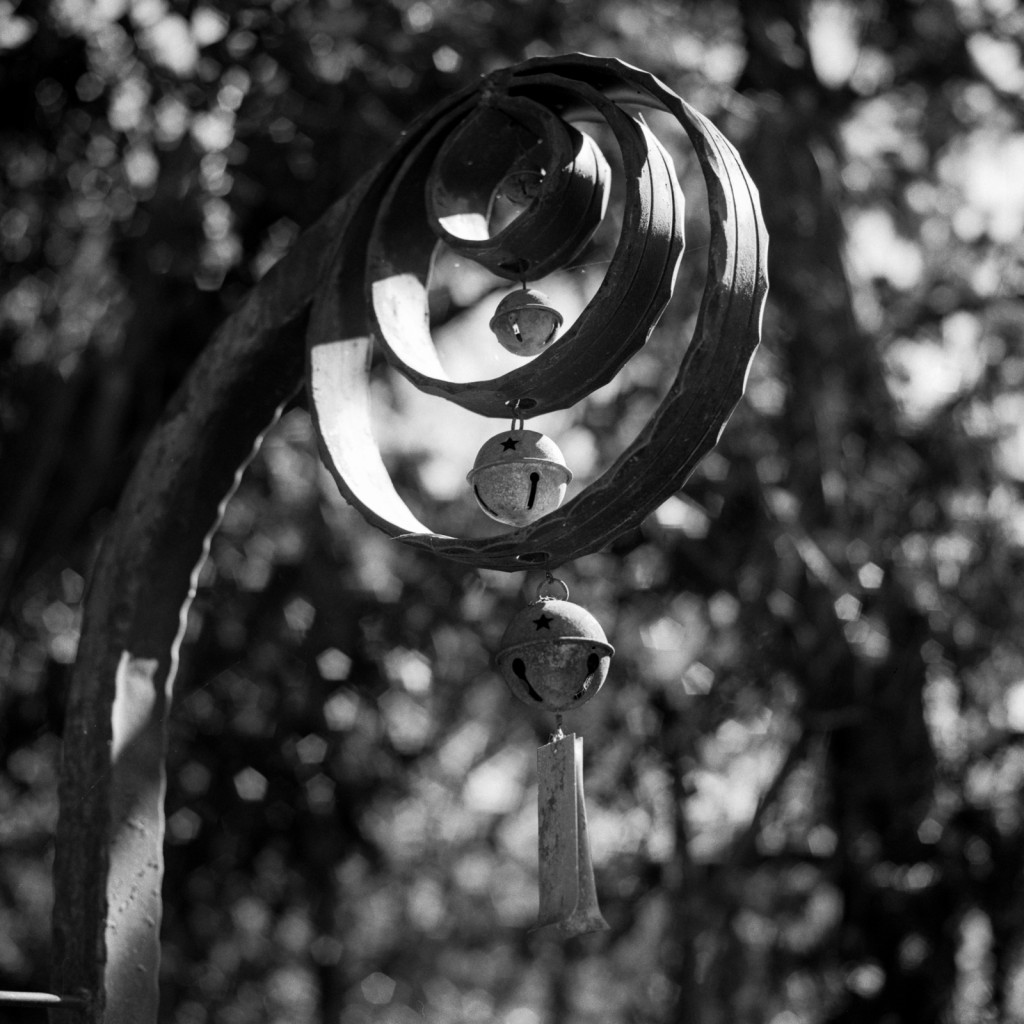 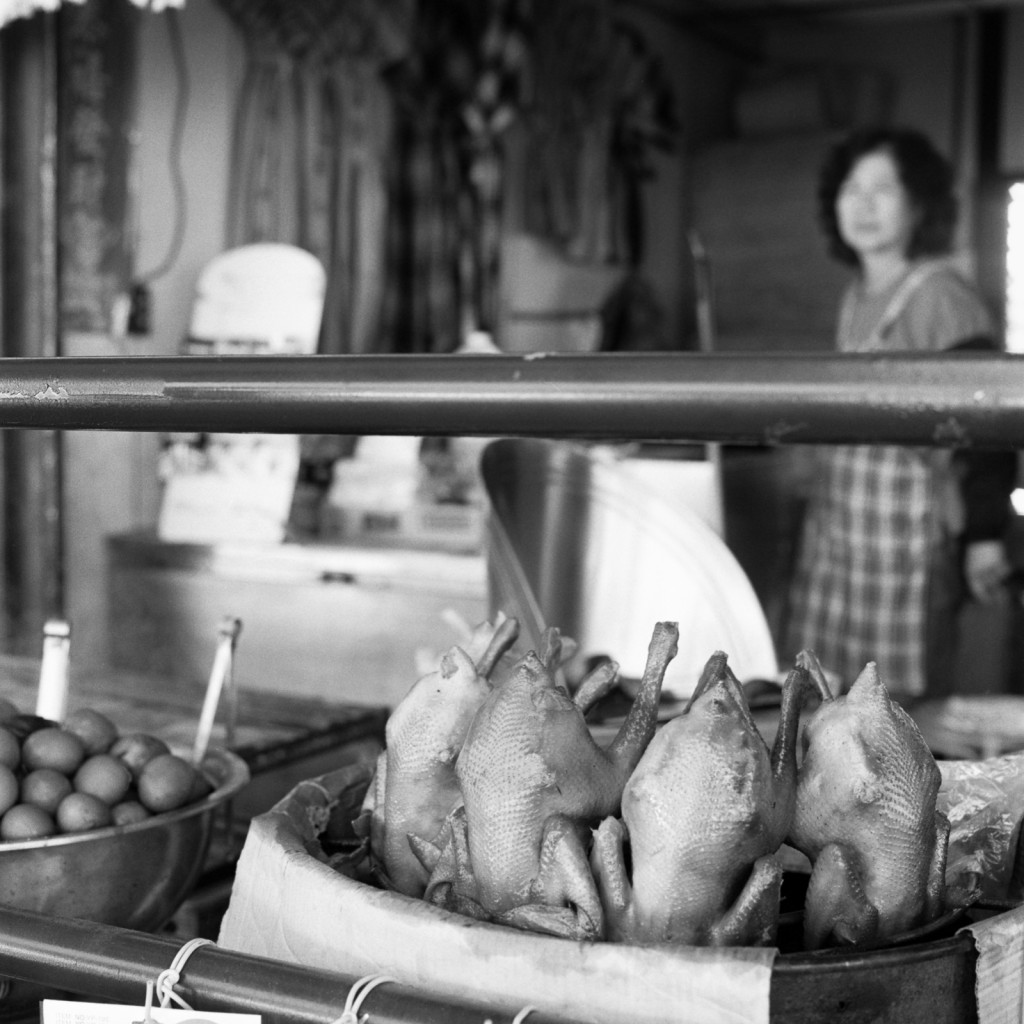 After visiting the temple I took off to go a bit into the mountains planing to be back later in the day for better light. However, I miscalculated the time a bit and came back late to find a extremely crowded shore and a beautiful sunset that just wouldn’t work on a b&w film. Good that I got my phone with me. Here is the sunset shot.

Here is the last one from Wen Wu temple, a stone carving of women playing an instrument which reminds me somehow of the classic chinese novel “Dream of the red chamber”. 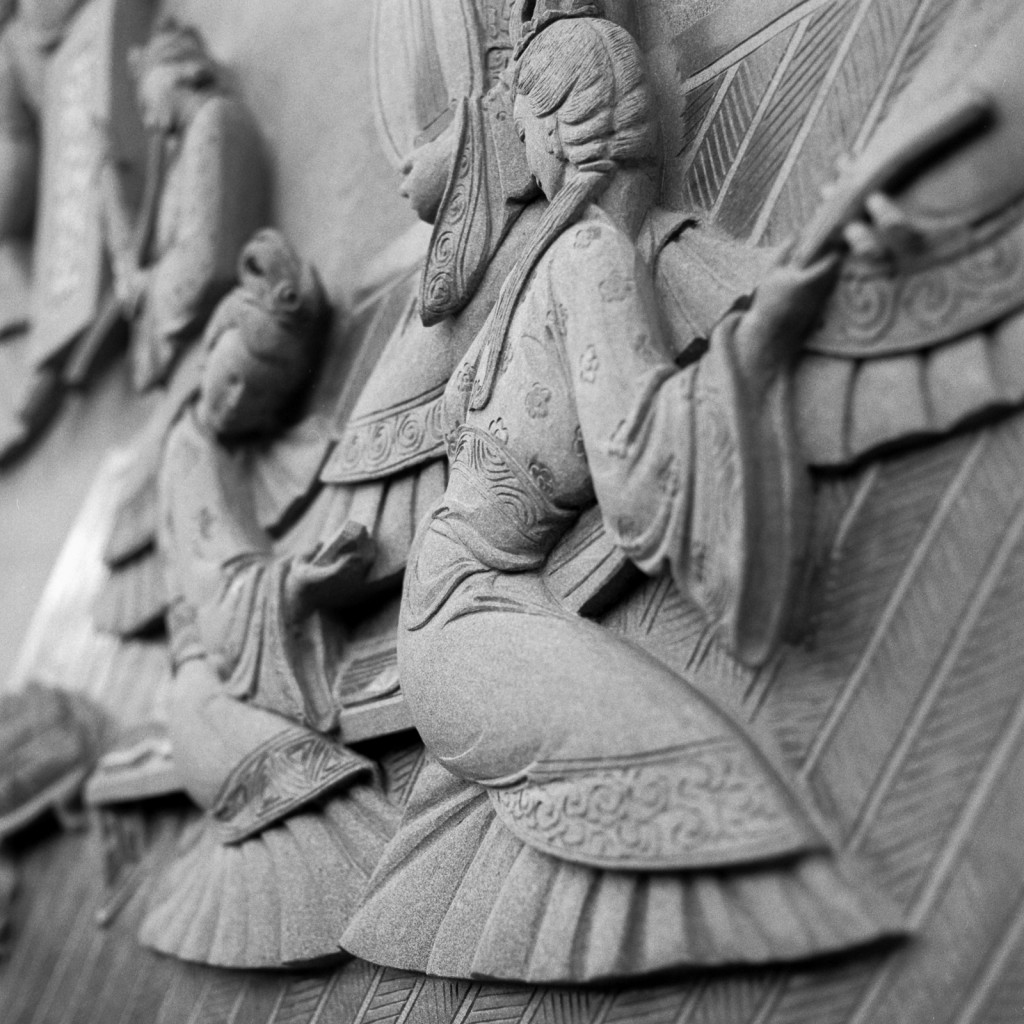 The b&w images were taken on Ilford Delta 400 and developed in Spuersinn Sam Classic.